Weeding the Bad from the Good Immigrants in Bipartisanship Fashion 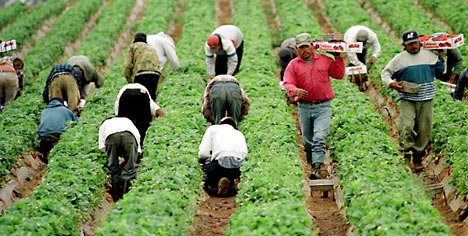 Since the mid-1990s, when at the insistence of congressional Republicans the drug war and the war on crime merged through legislation with immigration enforcement, immigration reform proponents have, for the most part, failed to challenge this new comprehensive crackdown package.

Certainly there have been challenges to programs such as Secure Communities that may channel charged but unconvicted immigrants into DHS’ deportation steamroller.  Yet the policy framework that allows only “good” immigrants to stay in the country is unjust, irresponsible, and counterproductive.

Removing criminal aliens may seem like the logical and responsible way to address this issue. Yet most of the immigrants with criminal records didn’t enter the United States, either legally or illegally, as criminals. Most have been U.S. residents for many years, and, for whatever reason, fell into criminality as part of their U.S. experience. The responsible thing for the U.S. government to do would be to accept these immigrants, unless they came to America as hardened dangerous criminals.

Even when noncitizen immigrants are proven gang members or drug dealers, removal may ultimately be more costly than accepting that they are members of U.S. society and should be channeled into rehabilitation and community-integration and job programs.

A strong counterargument to automatic removal of criminal aliens can and should be made. We now have a three-decade history of deporting gang members and criminal immigrants to such countries as Mexico, El Salvador, Honduras, and Guatemala.

This practice has had major destabilizing impact in these neighboring nations and fuels the growth of transnational gangs --since many of the removed criminal immigrants will see little alternative to leading a life of crime when they are dumped back into countries where in most case they no longer have strong community or family ties. As a result, the U.S. government now has foreign aid programs that are attempting to control domestic and transnational gangs whose core and leading members are U.S. deportees.

The cost savings of criminal removal programs are much exaggerated. In most cases, the U.S. government does not immediately deport immigrants who have committed crimes but first prosecutes, sentences, and incarcerates them, thus creating a financial burden on U.S. society. However, the federal, state, and local governments that do jail and imprison these immigrants save a bit of money by not providing incarcerated immigrants who have deportation orders with any rehabilitation or substance abuse serves.

All the above argumentation assumes that the immigrants in question can rightfully be designated as criminal aliens.  However, most immigrants now labelled as criminals are generally law-abiding people who, like many of us, have broken the law on one occasion or another. In the case of immigrants who have lived without authorization in the United States, many have falsified documents to obtain or keep their jobs or get housing, among other things.

Then, there is the issue of drug violations.

A single drug possession adjudication or conviction can condemn both authorized and unauthorized immigrations to permanent removal. A past drug control violation – often in the person’s youth – is how most otherwise noncriminal legal and unauthorized immigrants get tagged criminal aliens – meaning removal from homes and communities here in the United States, deportation to countries many barely remember or speak the language, and no chance of a pathway to legalization and citizenship.

These so-called criminal aliens join the masses of victims of the U.S. drug war.

In the United States, the criminal justice system is pervasive and increasingly, as records systems computerized and merged, there will be many hard-working immigrants that are loved family members that will likely be automatically excluded from the benefits of immigration reform – even though they represent no plausible threat to society.
Posted by Tom Barry at 1:31 PM
Email ThisBlogThis!Share to TwitterShare to FacebookShare to Pinterest