With more aerials drones, our privacy in border region is up in the air

http://bit.ly/ZvnVbB
Also, Customs and Border Protection has been unwilling or unable so far to examine and show how it's using the UAVs and how effective they've been. The best data so far says that in fiscal year 2012, CBP's 10 drones logged 5,700 hours in the air and aided in the seizure of 66,000 pounds of illegal drugs as well as the apprehension of 143 people.
Those are tiny fractions of the agency's totals.
In a written answer to questions, CBP spokesman Vic Brabble explained the unmanned aircaft "operates for extended periods of time and allows CBP to safely conduct missions over tough-to-reach terrain or in situations that are too high-risk for manned aircraft or CBP personnel on the ground. The UAS (unmanned aircraft) also provides agents on the ground with added situational awareness to more safely resolve dangerous situations."
But it's hard to know much about the effectiveness of unmanned aircraft because the agency has been typically secretive about the program, New Mexico researcher Tom Barry said in a study released last week by the Center for International Policy.
"CBP has acted as if exempt from the transparency, accountability and performance evaluations that apply to other federal agencies," Barry wrote.
What's clear, he wrote, is that the effectiveness of unmanned aircraft is dictated by the responsiveness of agents on the ground.
Posted by Tom Barry at 7:12 AM No comments:
Email ThisBlogThis!Share to TwitterShare to FacebookShare to Pinterest

U.S. Customs and Border Protection drones are a wasteful giveaway to defense contractors and a threat to civil liberties, a report released Wednesday by the Center for International Policy found. The report came the same day an advocacy organization called on the Federal Aviation Administration to strengthen drone privacy protections.

The report's findings are of particular interest now, with Congress considering whether to increase funding for border drones as part of a comprehensive immigration reform package. Customs and Border Protection's drone fleet currently includes seven Predators and three Guardians. Under a $443.1 million contract the agency issued in 2012, it may gain 14 more drones in three years.
Tom Barry, lead author of the report, said it found "an inefficient, costly and absurd approach to border security and homeland security through the purchasing of Predator drones that were designed for military activity."
Despite the hundreds of millions spent by the agency for domestic drones, by Customs and Border Protection calculations, the weapons have played a supporting role in only 0.003 percent of drug seizures and 0.001 percent of illegal border crossing detentions.

Given those low numbers, Barry said, Customs and Border Protection has now switched to a new justification for its drone fleet: law enforcement and national security. The agency is promising to work with the Department of Defense or local law enforcement agencies. That, Barry argued, should be cause for concern.
"I think we should be afraid, in terms of this breaking down of the distinction between domestic law enforcement and national security and foreign affairs," Barry said. "That line has been criss-crossed many times with DHS."
Customs and Border Protection did not respond to a request for comment.
Separately on Wednesday, the Electronic Frontier Foundation submitted comments to the Federal Aviation Administration calling for stricter privacy requirements on domestic drones owned privately or by local governments. The agency will select six test sites for domestic dronesby the end of the year, and the Electronic Frontier Foundation would like it to be clear about surveillance capabilities the unmanned aircraft possess.

Jennifer Lynch, an Electronic Frontier Foundation staff attorney, said the FAA should impose privacy protections on both government and private drone operators.
"When it comes to drones, the FAA needs to examine privacy issues with the same rigor it applies to flight and mechanical safety," Lynch said in a statement. "Just as vague safety regulations for drones could result in damage to life or property, vague privacy measures could harm civil liberties."
Posted by Tom Barry at 9:40 AM No comments:
Email ThisBlogThis!Share to TwitterShare to FacebookShare to Pinterest

Drones Over the Homeland


Drones Over the Homeland

Drones are proliferating at home and abroad. A new high-tech realm is emerging, where remotely controlled and autonomous unmanned systems do our bidding. Unmanned Aerial Vehicles (UAVs) and Unmanned Aerial Systems (UAS) – commonly known as drones – are already working for us in many ways.
This new CIP International Policy Report reveals how the military-industrial complex and the emergence of the homeland security apparatus have put border drones at the forefront of the intensifying public debate about the proper role of drones domestically.
Drones Over the Homeland focuses on the deployment of drones by the Department of Homeland Security (DHS), which is developing a drone fleet that it projects will be capable of quickly responding to homeland security threats, national security threats and national emergencies across the entire nation.  In addition, DHS says that its drone fleet is available to assist local law-enforcement agencies.
Download PDF | HTML Version
Posted by Tom Barry at 3:50 PM No comments:
Email ThisBlogThis!Share to TwitterShare to FacebookShare to Pinterest 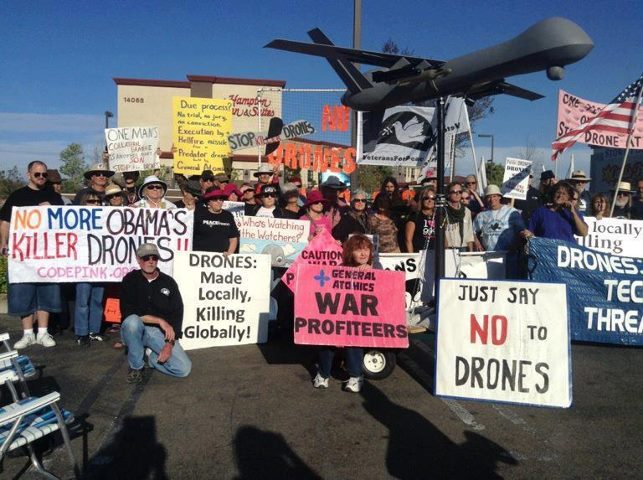 For more information and references, see: Drones Over the Homeland, April 2013, at
http://www.ciponline.org/images/uploads/publications/IPR_Drones_over_Homeland_Final.pdf
Posted by Tom Barry at 2:49 PM No comments:
Email ThisBlogThis!Share to TwitterShare to FacebookShare to Pinterest

Mexico and the United States: The Politics of Partnership

President Obama is set to meet President Peña Nieto in Mexico on May 2 to discuss the state of binational relations and ways to extend the generally amicable partnership that has been building over the past two decades.

Widely respected Mexico scholars Peter Smith (Latin America Studies professor at UC-San Diego) and Andrew Selee (founder and director of the Mexico Institute at the Wilson Center) address the dynamics of the U.S.-Mexico partnership in a new edited volume, Mexico and the United States: The Politics of Partnership (Lynne Rienner, 2013).

The politically correct format of having coauthors for each chapter – Mexican and U.S. – has the predictable effect of blunting provocative points of view and conclusions about the obstacles and prospects of partnership.

There is a formulaic, dull unity to the book, and I searched unsuccessfully for a few examples of inspired analysis, elegantly presented insights, and anything memorable.

Several of the chapters do serve as helpful summaries of the current conditions and trends in the topics addressed, notably the chapter by Luis Astorga and David Shirk on “Drugs, Crime and Violence; and the “Protecting the Environment?” chapter by Roberto Sánchez-Rodríguez and Stephen Mumme.  But for observers of binational relations and these themes, there is nothing new. Perhaps this serves – and was cynically designed – as a book to assign undergraduate students. Certainly, it is not a notable contribution to our understanding of binational relations and the incipient policy debate about the future of the U.S.-Mexico partnership.

The concluding chapter by Smith and Selee is distinguished only by its dry language, insipid tone, predictable summations, and uninspired vision. In their concluding sentence, these leading thinkers about U.S. –Mexico leave us with this synthesis of their vision of the path forward: “The basic requirement for both Mexico and the United States is the exertion of political will. That would lay the foundation for a truly meaningful partnership.” Good thinking, boys.

Perhaps what we need, as well, is new leadership in U.S.-Mexico studies – scholars, thinkers, and visionaries who would seek out rigorous (and contentious if need be) policy dialog and who would bring to the table a more grounded understanding of Mexico, the border, and binational aspirations. Not, what, in contrast, apparently issues from polite partnership talk in DC conferences and at trendy Coyoacán and Roma cafés in Mexico City.

Otherwise, a book about such a timely and important topic might as well be assigned to a computer capable of compiling and integrating the previous writings and presentations of these contributors and editors.
Posted by Tom Barry at 1:49 PM 1 comment:
Email ThisBlogThis!Share to TwitterShare to FacebookShare to Pinterest
Newer Posts Older Posts Home
Subscribe to: Posts (Atom)