Transborder Drylands Restoration: Vision and Reality After Three Decades of Innovative Partnerships on the U.S.-Mexico Border

SONORA CHRONICLES #1
(This is the first of what I intend will chronicle my travels and research in the Mexican state of Sonora as I investigate the impact of climate change and the water crisis in the transborder West.)
Published in the special issue of Surveys and Perspectives Integrating Society and Environment, examining large-scale land restoration projects around the world. See: http://sapiens.revues.org/1553
Abstract
Cuenca Los Ojos (CLO) is a private organization dedicated to large-scale restoration of degraded arid and semi-arid ecosystems. Incorporated both in Mexico and in the United States, CLO has land-restoration projects that span 748 square kilometres in the Mexico-U.S. borderlands region. This case study focuses on CLO’s restorative operations on the Mexican side of this increasingly fortified border region. It examines the progress, shortcomings, and challenges of the restoration underway on the 10 000 hectares of Rancho San Bernardino, which abuts the international border in northeastern Sonora. CLO’s achievements over the past 15 years — in controlling erosion, refilling and vegetating deeply incised arroyos, increasing surface and subsurface water, and expanding biodiversity — point to the value of considering the Rancho San Bernardino experiment as a global model. That this experiment has coincided with a prolonged drought also marks it as a model for drylands restoration in the hotter, drier conditions predicted with climate change. Similar large-scale restoration projects might also benefit from a review of CLO’s strategies for fostering cross-border cooperation, building multisectoral alliances among private and governmental participants, restoring transborder wildlife corridors, and creating links between land restoration and emerging restoration economies. 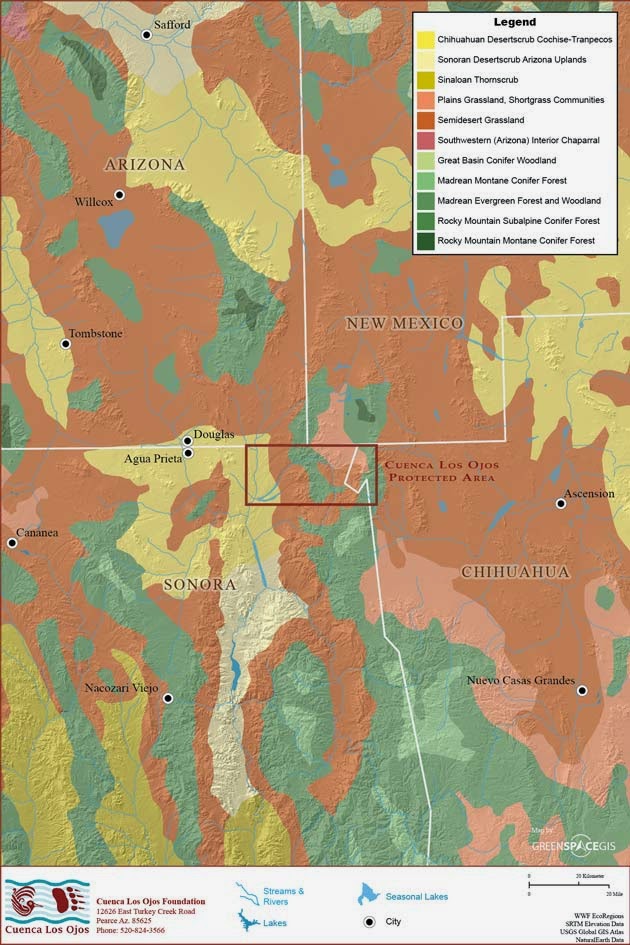 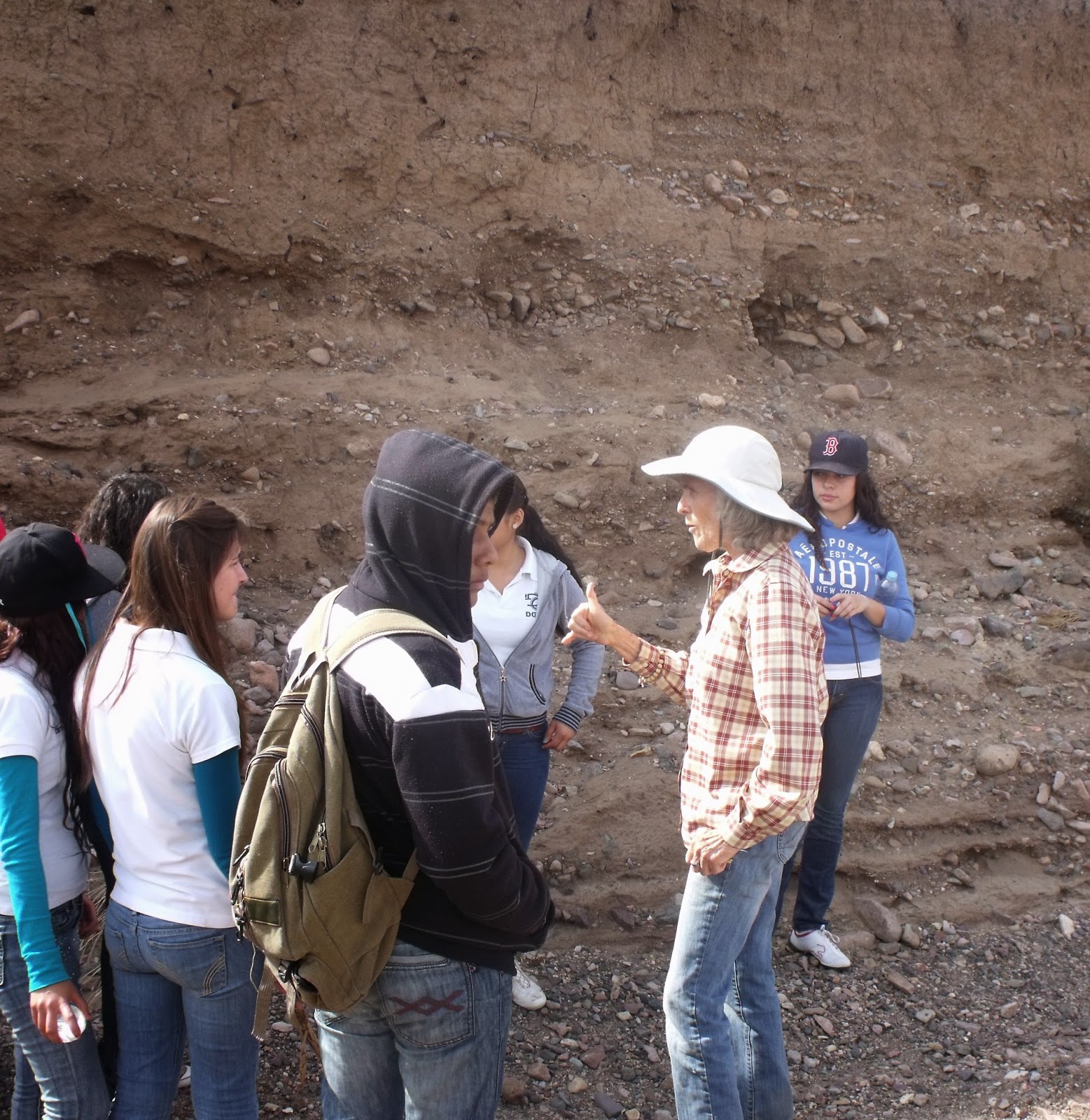 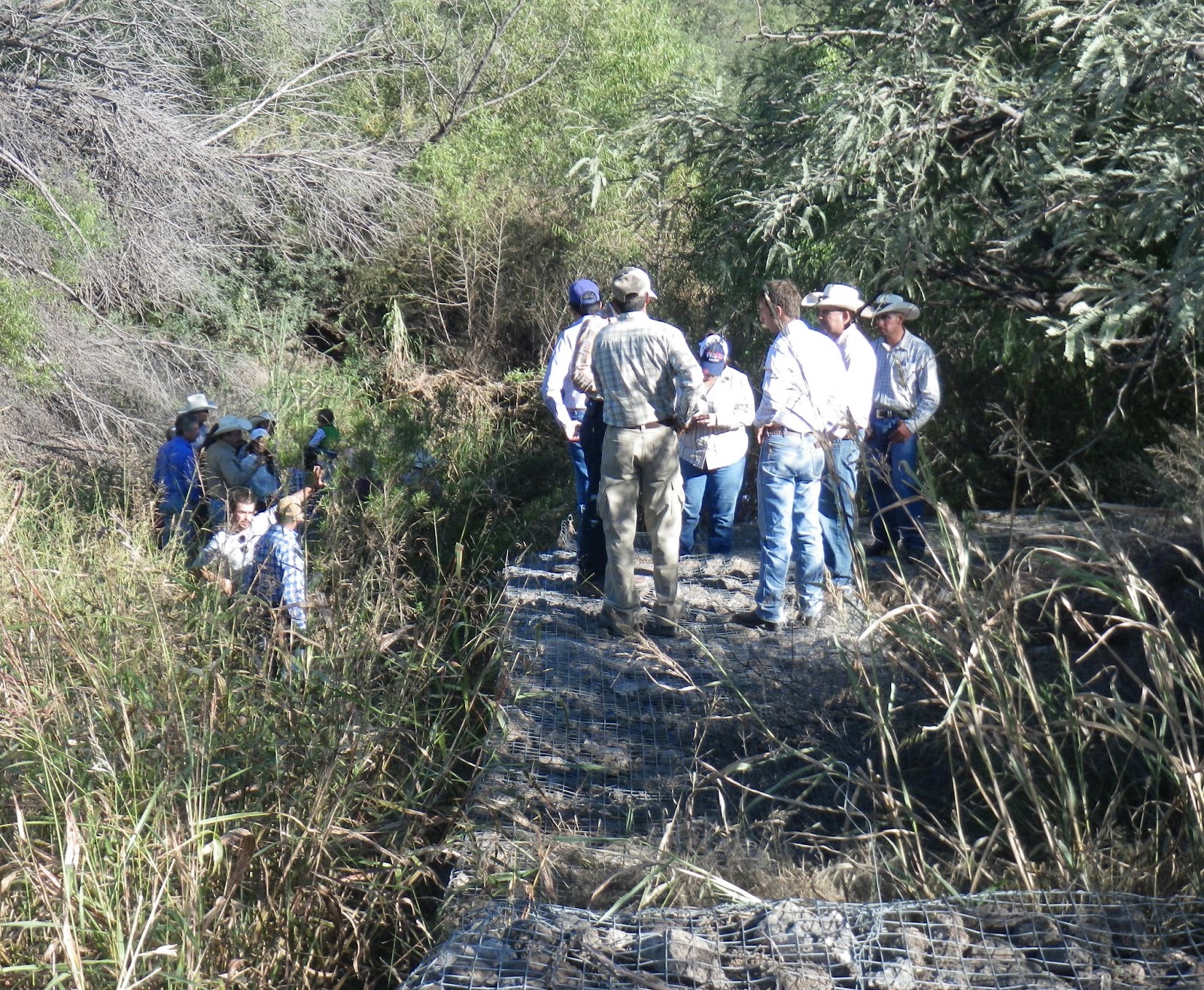 Chihuahua ranchers standing on gabions at Rancho San Bernardino see how this type of erosion control is filling in incised arroyo with sediment and contributing to revegetation of formerly barren channel
Questions and Challenges
As CLO is drawing increased national and international attention because of its cutting-edge on the San Bernardino ranch, discussion is turning to the many unanswered questions about drylands restoration and to the challenges of maintaining and expanding CLO’s work.
Two unanswered questions raised by the Rancho San Bernardino experiment are: What is the relationship between increased surface water on the ranch and groundwater levels, and by extension to the regeneration of the desert grasslands? Can restorative techniques endurably replace deeply rooted woody desert shrubs with native grasses, and would such a project pass a cost-benefit evaluation?
There are also pressing questions about cattle and the restoration of aridlands. If the principal goal of large-scale restoration of desert landscapes is to restore entire ecosystems and associated wildlife corridors, what role, if any, do livestock have in contributing to this goal? A more practical question faced by ranchers and land managers is whether the livestock industry is economically sustainable as surface and subsurface water diminishes, droughts persist, and temperatures rise.
Although the impressive results at Rancho San Bernardino (and on other CLO properties) have made it a model of large-scale restoration of arid and semi-arid landscapes, there are many challenges in sustaining this model, growing it, and replicating it in other regions. These challenges largely revolve around questions about political will, institutional frameworks, and finances.
For the most part, the successes (and shortcomings) of the experiment are almost wholly dependent on the vision, determination, and economic resources of the CLO principals. Can governmental and nongovernmental entities overcome the border divide and create cross-border frameworks and funding mechanisms for maintaining CLO restoration projects well into the future? Can Rancho San Bernardino serve as a pilot project for an ecoregion-wide restoration strategy with diverse biodiversity, carbon sequestration, and sustainable economy goals? If so, what would be the governance frameworks and funding sources for this transborder land restoration? Can transborder collaboration on land restoration and on building restoration economies supplant border security as a more constructive borderlands paradigm?
Most casual observers of degraded arid and semi-arid landscapes in the southwestern United States and northwestern Mexico dismiss these drylands as “badlands” or wastelands with little ecological or economic worth. A visit to the San Bernardino Valley — and especially to the land restoration projects of CLO and the neighboring USFWS refuges – would surely alter that impression. Monitoring of these projects by scores of scientists and scholars is also creating a new body of knowledge and literature on drylands restoration that will prove valuable to other large-scale drylands restoration projects around the globe.