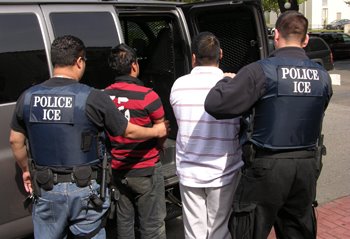 Border security is about border walls, virtual fence projects, drones, and a proliferation of drug-sniffing canine teams and Border Patrol agents.  But border security is also about expansive big government bureaucracy, which aims to incorporate all other bureaucracies under its own mission goals and apparatus.

Border security is the province of the federal government’s most unwieldy and directionless bureaucracy – namely the Department of Homeland Security (DHS). Immigration enforcement and border security account for the largest part of the DHS’s $56-billion annual budget.

The BEST program is one of numerous attempts by DHS to associate other federal agencies and local law enforcement agencies with its border security and counternarcotics missions.

Launched in 2006, the BEST program is now getting a new boost in Congress.

Two leading border hawks in Congress, Michael McCaul and Henry Cuellar, are sponsors of new border-security legislation to support the network of anti-drug task forces sponsored by Immigration and Customs Enforcement (ICE), a DHS agency. The Jaime Zapata Border Enforcement Security Task Force Act was approved by the House in a 351-2 vote and also has been approved by the Senate.

The new border-security bill would institutionalize the BEST teams as part of the DHS apparatus and designate $10 million in annual funding for the anti-drug teams.

Named after Jaime Zapata, an ICE agent who was killed in Mexico last year apparently as part of the drug wars, the proposed act now awaits the signature of President Obama.

ICE established its first BEST team at a time when DHS was ramping up the departmental border security programs through the Security Border Initiative and under the direction of DHS Secretary Michael Chertoff.

By establishing the BEST program, ICE was hopping on the border security bandwagon, which was benefiting from an array of new budget allocations. Although almost all of the billions of dollars in new border security funding flowed to CBP and the Border Patrol, ICE aimed to show that it too was an important border security player. The program was also a way to put ICE at the top – at least on paper – of a multiagency effort to “secure the border” and “combat transnational criminal organizations.”

McCaul and Cuellar, both from Texas, have help drive border security spending by their alarmist assessments of cross-border threats.

McCaul, the Republican set to become the new chair of the House Homeland Security Committee, and Cuellar, the ranking member of the House Subcommittee on Border Security, say that ICE’s BEST teams are essential components of the border security buildup.

According to Cuellar, the BEST teams “help secure our Nation’s borders and help dismantle criminal organizations by creating cross-agency teams to combat them.”

McCaul boasts to his constituents of his role in getting this new piece of border security legislation passed. After getting the nod to head the homeland security committee, McCaul sent a newsletter to his constituents stating:  “Texas is rich with critical infrastructure and potential terrorist targets including the Port of Houston and adjacent petrochemical facilities…. Our border… remains a gateway for the undetected entry of Mexican drug cartels and terrorist operatives who have increased their presence in Latin America.  On my watch we will make progress securing the border.”

“Expanding BESTs,” says ICE, “will help dismantle the leadership and supporting infrastructure of criminal organizations responsible for perpetrating violence and illegal activity along our borders and in the nation’s interior.”

ICE contends that the southern border “has experienced a dramatic surge in cross-border crime and violence in recent years due to the intense competition between Mexican drug cartels and criminal smuggling organizations.” What’s more, ICE says that the northern border shouldn’t be ignored in border security spending since “law enforcement agencies at the northern border face similar challenges from transnational organizations.”

Posted by Tom Barry at 4:14 PM
Email ThisBlogThis!Share to TwitterShare to FacebookShare to Pinterest