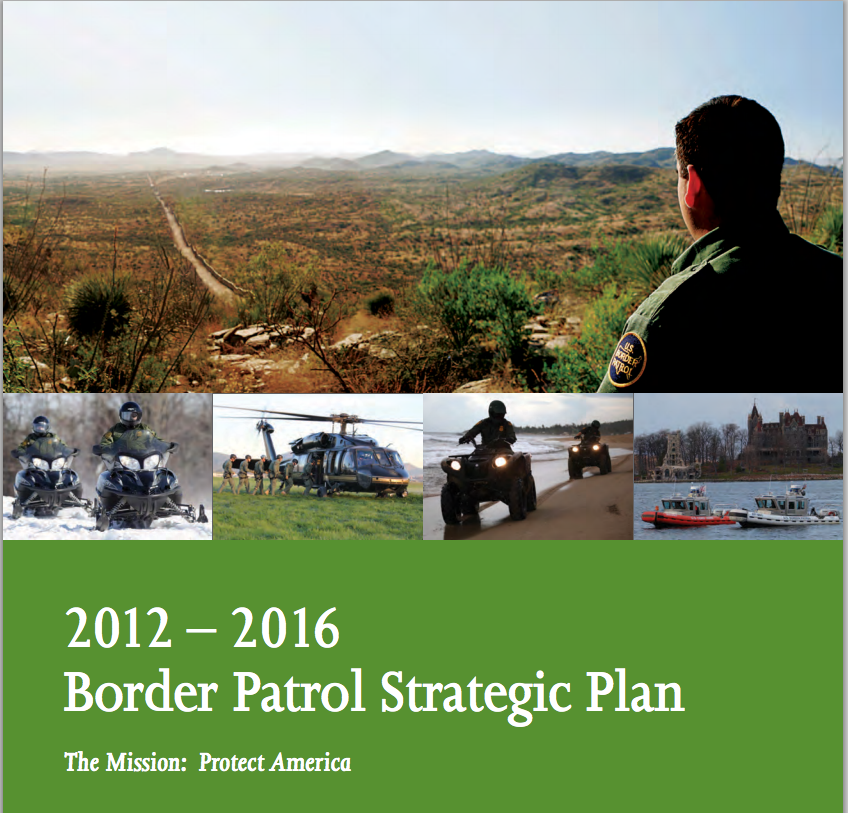 “At a time when corrective initiatives are building to reform restrictive federal policies for immigrants and marijuana – the two traditional targets of border control operations – the Border Patrol seems stuck in a strategic muddle, as evident in its new strategy document,” says the report’s author, Tom Barry.

The latest plan was intended to put critics’ concerns over these problems to rest; it instead ignores them entirely. According to Barry, “The 2012 – 2016 Border Patrol Strategic Plan is not a serious document. It includes repeated references to vague tactics such as rapid response, intelligence, community engagement, whole-of-government approaches, and inter-governmental integration.”

Newly reelected President Obama declared that operations to “secure our border” are fundamental to immigration reform. Yet, as the Border Patrol’s new strategy statement illustrates, the administration’s border policy lacks firm strategic directions, apparently driven more by politics than any assessment of threats to homeland security.

Posted by Tom Barry at 2:56 PM
Email ThisBlogThis!Share to TwitterShare to FacebookShare to Pinterest

You have posted valuable things on your blog. I will also post the link of your blog on my website. I hope it will be useful for my visitors.
Malaysia Residency

I think that they should really amend the policy and improve it more to protect the country and the citizens. It's not only about the materials, it's the plan also..