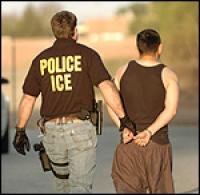 The Border Enforcement Security Task Forces (BEST) are amorphous border-security task forces created by Immigration and Customs Enforcement (ICE) as a way to put the agency's own stamp on the expanding drug wars along the border and on the federal government's new initiative to "combat transnational criminal organizations."

Created under the rubric of border security, the teams purportedly combine federal and local law enforcement officials in the “combat against transnational criminal organizations.”

Like the hundreds of anti-drug task forces organized and financially supported by the Justice Department (and coordinated by the White House’s Office of National Drug Control Policy) over the past three decades, the main focus of the Border Enforcement Security Task Forces – called BEST teams -- is the drug control.  Like the DOJ anti-drug task forces, the BEST teams bring together multiple governmental jurisdictions and agencies.

Although many are situated along the northern and southern borders, ICE has created teams in other locations where there area adjacent seaports.

ICE established the first BEST task force in Laredo, the center of Henry Cuellar’s congressional district. Cuellar is a leading border hawk and the ranking member of the House Subcommittee on Border and Maritime Security. Initially, the BEST task forces were on the southwestern border. However, as ICE sought new ways to bring in other federal and local agencies into its immigration and customs enforcement operations, it announced new BEST forces are at rapid rate.

According to ICE, there are now 32 such teams around the nation, including new task forces in cities with adjacent seaports and in Mexico.

The BEST task forces are largely rhetorical constructs, requiring no additional border security infrastructure. When it establishes a new BEST, ICE simply includes this program as part of the portfolio of its office supervisors around the nation and in Mexico.

The new push to institutionalize these teams as part of the DHS bureaucracy and to dedicate new funding for the BEST program has faced virtually no opposition, and ICE has not been called to substantiate its claims about the surge in border violence and about the domestic impact of the drug wars in Mexico. Nor has its claim that TCOs are also threatening the security of the northern border been questioned.

Over the past five years ICE has made frequent assertions about the success of the BEST teams.  Mirroring a practice that is routine for the Border Patrol, ICE makes claims about how many drugs have been seized, drug smugglers arrested, and unauthorized immigrants apprehended by the BEST teams.

Yet, like the Border Patrol, ICE fails to disaggregate these figures from the total number of seizures and arrests made by the collaborating federal agencies and local law enforcement agencies. For both ICE and CBP, statistics about border arrests and drug seizures are exceedingly fungible in that the same numbers are indiscriminately used to tout the achievements of any number of agencies and initiatives.

ICE claims that “BEST teams leverage federal, state, local, tribal, and foreign law enforcement and intelligence resources in an effort to identify, disrupt, and dismantle organizations that seek to exploit vulnerabilities along our borders and threaten safety and security.” On its website, ICE regularly trots out statistics about arrests and drug seizures (including 848,260 pounds of marijuana, as of July 2012). However, ICE hasn’t reported any evidence that these teams have disrupted or dismantled the TCOs.

To demonstrate that they are on board with the new combat against TCOs and as a response to political pressure for more border security, ICE and the Border Patrol have created sharply named initiatives, operations, alliances, and task forces that don’t really exist.  The BEST teams aren’t really teams in the sense of crews working together in real operations, they have no team headquarters and rarely if ever even meet together as a team.

CBP has a similar collaborative paper initiative called the Alliance to Combat Transnational Threats (ACTT) in Arizona and planned for three other areas of the southwestern border. Like the BESTs, CBP’s ACTTs are little more than paper bureaucracy created by CBP to demonstrate its commitment to the new combat against transnational criminal organizations. The so-called “alliance” is merely a desk in the CBP sector headquarters.

Basically, the BEST program is a paper initiative designed to assuage inter-agency rivalries and to provide a collective rhetorical framework for the new combat against TCOs. These task forces are a new federal overlay to the existing local and regional multijurisdictional task forces and to the High Intensity Drug Trafficking Area (HIDTA) infrastructure.

The border security bureaucracy keeps growing despite the surge of deficit and debt fear mongering.

Thanks for the deep bipartisan support for “border security,” the House and the Senate stand united behind institutionalizing and expanding a network of multijurisdictional anti-drug task forces.

As President Obama considers the Jaime Zapata Border Enforcement Task Force Act, he might also question DHS about the nature of these ICE taskforces. Does it make sense to endorse ICE’s creation of network of virtual counternarcotics task forces at a time when opposition to U.S drug prohibition and associated drug wars is escalating -- at home and abroad.

There is good reason to be concerned about the continuation and expansion of federal anti-drug programs given the decades of failures of these programs, particularly the notorious multijurisdictional narc squads so favored by the federal drug war bureaucracy.

Posted by Tom Barry at 4:24 PM
Email ThisBlogThis!Share to TwitterShare to FacebookShare to Pinterest