Reefer Madness on the Border: Past and Present 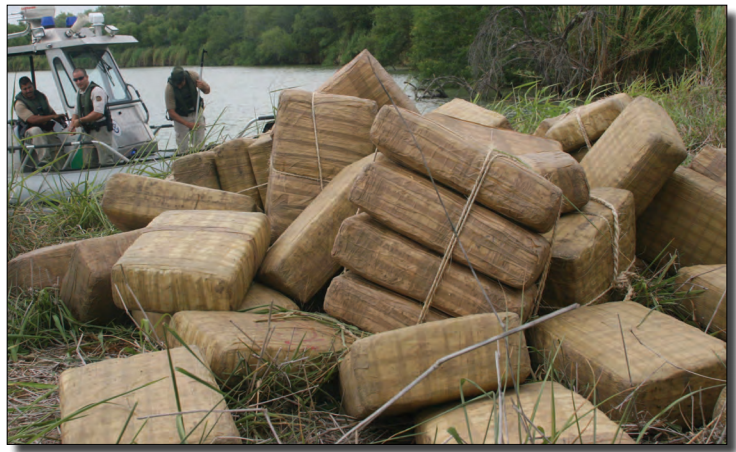 The federal government's nearly 100-year-old move toward cracking down on marijuana consumption with regulation, enforcement, and prohibition has resulted in a boom in marijuana smuggling, drug-war violence and mass criminalization and incarceration in the US. Perhaps it's time to change direction?

Could the Department of Homeland Security (DHS) and its border protection agencies end their fixation on marijuana control? No one knows what lies ahead, but DHS and the US Border Patrol may want to look to past border control practices of its legacy agencies as a guide to extricate themselves from their current billion-dollar-plus commitment to the marijuana drug war on the border.

Today, for DHS and the Border Patrol, marijuana is the moral and legal equivalent of transnational organized crime. Moreover, marijuana is regarded as a security threat to the homeland. Over the past five years, as the flow of illegal immigrants has diminished to historic lows, the Border Patrol is mostly on the lookout for marijuana.

The Border Patrol's border security buildup, including more agents, drones, and fences, has resulted in record quantities of seized marijuana and tens of thousands of Mexicans, Central Americans and US citizens arrested for violation of federal drug control statutes. Marijuana is a "Schedule 1" controlled substance, the same as heroin, under federal law.

In press releases and Congressional statements, the Border Patrol routinely points to record-breaking quantities of weed seized and presumably destroyed. Last year, the Border Patrol boasted that its commitment to border security on the southwestern border yielded 2.53 million pounds of marijuana. These seizures, declared the Border Patrol, are a direct strike against what it formerly called the drug-trafficking organizations (DTOs) in Mexico, which in the past couple of years have been relabeled as transnational criminal organizations (TCOs).

Marijuana seizures, along with the apprehensions of those illegally crossing the weed across the border (usually in bundles tied to their backs), are successes in the border campaign to "disrupt and dismantle" the TCOs. In other agency releases, the Border Patrol prefers different alliterations.

The Border Patrol doesn't say how many members of the TCO leadership have fallen to the agency. But it does regularly issue press releases lauding drug war seizures and arrests.

What's so striking about these figures is that these drug war victories only rarely involve illegal drugs other than marijuana.
Measured by the weight, the Border Patrol in 2011 seized 2,529,211 pounds of heroin, marijuana, cocaine, methamphetamines, and ecstasy along the southwestern border.

Since the early 1990s, the US government has been stepping up its efforts to control drug flows across its borders. Until 1914 - when the US Congress passed the Harrison Act, the first in a mounting number of federal anti-drug laws - there was little effort to control narcotics (such as heroin and opium), stimulants (such as cocaine), or psychoactive plants (such a marijuana). In the 1890s, you could even order a syringe and a small stash of cocaine through the Sears & Roebuck catalog - for $1.50 plus handling.

As addiction rates increased, calls for a crackdown against heroin, cocaine, and opium mounted after the turn of the century. As the support for drug prohibition expanded, marijuana was largely ignored. Cannabis could be grown almost anywhere, but most of the weed crossed into the United States from Mexico. Marijuana, or "marihuana," is a portmanteau word, joining the Spanish names María and Juana. Thus, the English nicknames Mary Jane and Mary Warner.

The drug prohibition era began through the implementation of tax and certification regimes - not with a zero tolerance mandate. Initially, it was widely accepted in Congress and among law enforcement agencies that there were legitimate medical uses for opiates and even stimulants.

The Harrison Act of 1914 aimed to end the recreational market for heroin, opium and cocaine, but was not intended to stop physicians from prescribing narcotics. The Harrison Act was self-described as "An Act To provide for the registration of, with collectors of internal revenue, and to impose a special tax on all persons who produce, import, manufacture, compound, deal in, dispense, sell, distribute, or give opium or coca leaves, their salts, derivatives, or preparations, and for other purposes."

Although the objective of the Harrison Act was to regulate the domestic market, the legislation ushered the Customs Agency Service - later Customs Service, currently divided into Immigration and Customs Enforcement (ICE) and Customs and Border Protection (CBP) - into drug control in a major way for the first time, both because the agency was empowered to enforce the act at the border and also because this first foray in drug prohibition legislation led to a boom in cross-border drug smuggling.

Marijuana was not on the radar of drug prohibition proponents at the time the Harrison Act became the law of the land. By the 1930s, however, drug prohibition advocates had succeeded in instituting marijuana bans in many states. The anti-marijuana movement was in large part a backlash against demographic, racial, and cultural changes. The violence and disruption of the Mexican Revolution caused many Mexicans to flee north, and some of these immigrants introduced the recreational use of marijuana to US society.

Assertions that marijuana use led to crazed violence by Mexicans and African Americans were common in the Congressional hearings on drug control in the 1930s. Commissioner Harry J. Anslinger introduced in the Congressional record a letter to the editor of a newspaper in Alamosa, Colorado, that stated: "I wish I could show you what a small marihuana cigarette can do to one of our degenerate Spanish-speaking residents. That’s why our problem is so great; the greatest percentage of our population is composed of Spanish-speaking persons, most of who are low mentally, because of social and racial conditions."

What the antimarijuana campaign called the "marijuana menace" was the subject of the 1936 propaganda film Reefer Madness, which affirmed common beliefs among older and white Americans that marijuana was driving the youth of America crazy and into alien cultures, like the jazz of African-American and other vanguard musicians.

But the US government didn't see marijuana as the threat to public health, safety, and national security that it currently does. At the time, community healers and the medical sector were still exploring the medicinal and therapeutic uses of marijuana, and US businesses were legally selling hemp fiber, oil and seeds.

In its Narcotics Manual of 1927, the US Customs Agency Service stated: "Neither is there any federal law specifically regulating the importation of Marihuana, but by regulation under the Food and Drugs Act, Collectors of Customs are directed to refuse delivery of all consignments of Marihuana, unless the importer shall first execute a penal bond conditioned that the drug referred to will not be sold or otherwise disposed of for any purpose other than in the preparation of a medicine."

The federal government gradually began cracking down harder on marijuana distribution, both in the domestic market and on the border. The US Border Patrol was created in 1924, but it was not until the late 1930s that the agency was given a clear mandate about marijuana enforcement.

Congress passed the Marijuana Tax Act of 1937, which brought cannabis into the drug control structure established by the Harrison Act for heroin, opium and cocaine. A high tax was levied on marijuana distribution by this 1937 drug act, the main proponent of which was Anslinger, the antidrug crusader who was commissioner of the Federal Bureau of Narcotics. Under the provisions of the Marijuana Tax Act, the federal government made marijuana control its business for the first time - through regulation of the importation, cultivation, possession and marketing of the cannabis plant.

Although it was not explicitly prohibited, the antinarcotics legislation put marijuana for the first time in the same regulatory framework used to crack down on heroin, opium and cocaine - whose principal victims were the poor and people of color, not predominantly middle- and upper-class consumers.

It remained legal to import marijuana into the country, and the US Customs Agency Service did collect taxes and affix a certifying stamp on burlap bags of marijuana that met its requirements for legal use and sale. But the end result was that marijuana fell subject to an increasingly restrictive regulatory climate that by 1970 had evolved into complete drug prohibition.

President Richard Nixon became the first drug warrior in the White House. Under his leadership, Congress passed the Controlled Substances Act of 1970, under which marijuana was classified as a Schedule 1 controlled substance. That means, according to the federal government, the substance has a high potential for abuse, has no currently accepted use in medical treatment in the United States and can't be used safely - even under medical supervision. Other Schedule I substances include peyote, DMT, psilocybin, LSD, MDMA (ecstasy), and heroin.

At the time that Congress passed the Marijuana Tax Act, the US Customs Service Agency was not preoccupied with securing the border against cross-border flows of marijuana, as the Department of Homeland Security is today. The agency's narcotics manual noted: "Marihuana may be cultivated or grown wild in almost any locality. Inasmuch as this drug is so readily obtained in the United States, it is not believed to be the subject of much organized smuggling from other countries."

But the federal government's steady move away from noninterference toward regulation, enforcement and prohibition has resulted in a boom in marijuana smuggling, horrific drug-war violence in producer and transition countries, and mass criminalization and incarceration in the United States.

Today, the Customs and Border Protection agency, especially the Border Patrol, has made marijuana enforcement the chief operative focus of its border security mission.

One can only speculate at what point the federal government will begin reversing its border control practices, perhaps by once again taxing and stamping marijuana imports. Or even - with the advance of a medical marijuana and marijuana legalization - end the agency's misguided and ineffective commitment to marijuana enforcement entirely?

Recalling the scenario described in the narcotics manual of the mid-1930s, we may see the future of marijuana.

It just may be possible that some day, sooner than we think, we could see a time when marijuana is again grown throughout the United States outside of a drug prohibition regime, thereby displacing Mexican and other foreign suppliers, ending the need for so much "border security" spending and undercutting the foreign drug warriors – both the legal and illegal ones.
Posted by Tom Barry at 8:46 AM
Email ThisBlogThis!Share to TwitterShare to FacebookShare to Pinterest