Irrigating the Desert – with Electricity 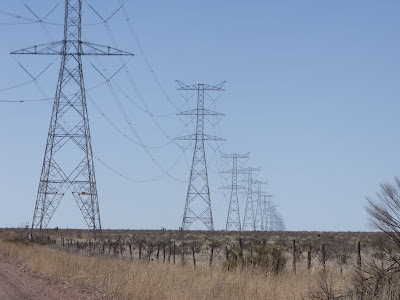 Farmland is edging out the desert and grasslands throughout Chihuahua. Along the main highways and between the mountain ranges that divide the state, the arid state is turning green with corn, sorghum, and cotton, as well as new cash crops such as potatoes and chile.

In Chihuahua, farmers are making the desert blossom. That’s despite a succession of two record-breaking droughts that have ravaged the Chihuahuan Desert region since 2000.

In Chihuahua, 135,000 hectares (2.47 acres = 1 hectare) have opened to agriculture since 2001. At least another 100,000 hectares are currently being developed for new farming, mostly by new Mennonite colonies.

The new agribusiness boom is not dependent on annual rainfall or snow melt but on a proliferation of new wells that plumb ground water that accumulated in closed basins under desert landscape.

There is something awe-inspiring about this transformation of arid lands into lush cropping. Turning overgrazed rangelands and creosote-studded desert land into highly productive farmland seems nothing short of miraculous. Along toll highways that connect the cities of Juárez, Chihuahua, and Cuauhtémoc, forsaken expanses of Chihuahuan Desert are now in bloom. And when descending from mountain passes, formerly arid landscapes take on the appearance of agricultural enterprises in the U.S. Midwest.

It’s a sense of awe at what mankind can do that must have accompanied the government dam projects of the last half of the 20th century that opened up more than a 100,000 hectares in Chihuahua to agriculture. The runoff from monsoon rains and snow melt from the Sierra Madres flowed into reservoirs that fed irrigation canals. Rangeland turned to walnut and apple orchards, and small farmers that formerly depended on undependable rains could flood their fields with the new miracle of reservoir water. 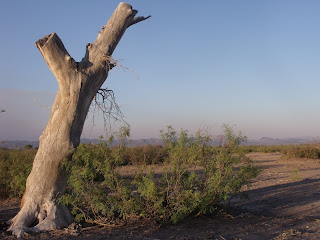 Today, the desert-farmland transformation is not the product of concrete dams but of steel transmission towers. These giant towers now march across the desert bringing electrical power to previously undeveloped and uninhabited stretches of Chihuahua.

A network of giant transmission towers carrying power lines that crisscross the state explains the miracle of modern agriculture in Chihuahua. Without the electric current these towers carry, the Chihuahuan Desert would not be blooming.

Paralleling the expansion of the rural electric grid, water wells have mushroomed in Chihuahua and across Mexico’s arid north. 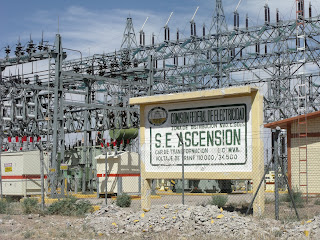 But miracles have costs and consequences.

Complaining is a common occupation of farmers and ranchers worldwide. Most complaints concern the vicissitudes of weather, and especially about the lack of rain in arid regions.

Another category of grumbling concerns the high price of inputs and insufficiently high market prices.

As the record-breaking 2000-2004 began to take hold of Chihuahua and northern Mexico, farmers were complaining not only about the lack of rain but also about the rising cost of fertilizer and the low prices for their products.

But the organized focus of farmer griping was the cost of electricity. Before farmers get water, they need to get electricity to power their pumps, which often work night and day to irrigate crops and orchards throughout the six-month growing season in Chihuahua.

Farmers routinely complain about the high cost of running their pumps. Complaining that electricity costs cut into their meager profits, more than 2,000 farmers in Chihuahua have refused to pay their electricity bills over the past eleven years.  In March 2008 Agrodinámica’s leader, Armando Villarreal Marta, was assassinated – by government agents, according to the farmer organizations in Chihuahua.
The electricity strike has stirred much unease, dissension, and resentment in Chihuahua. Farmers who do pay their CFE bills resent those who don’t. Yet even among those farmers who ignore their CFE bills there is little righteousness because of the increasing realization of how profoundly subsidized is the electricity that CFE provides agricultural producers. 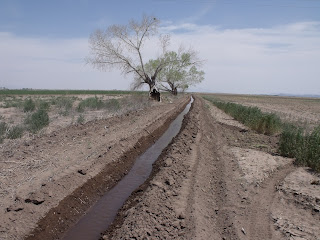 According to the World Bank (using 2008 figures), it cost CFE $1.13 to generate and distribute one kilowatt hour. However, if the CFE customer is a farmer, then he or she pays just 2-3 cents on the dollar for the electricity used for pumping and other farm operations. According to Mexican government calculations, which indicate that the farm sector pays only 28% of electricity costs, the level of subsidy is less dramatic but still major and much higher than any other sector.

All electricity use in Mexico is subsidized, including domestic, commercial, governmental, and industrial electricity consumption. But the farm sector is far and away the most subsidized.

In Latin America, Mexico ranks as the country with the highest electricity subsidies, with no other country coming close to the amount of public resources used to keep electricity bills low.

(Next: Environmental consequences of subsidized electricity for farm wells.)
Posted by Tom Barry at 3:29 PM
Email ThisBlogThis!Share to TwitterShare to FacebookShare to Pinterest

The "El Barzon" group also destroyed a legal dam in compo#80 in july 2012.This dam was over 70 years old , built from concrete by Mexicans, an astaunishing piece of history that was done legaly. Why did they destroy it? What is there purpise behind this?