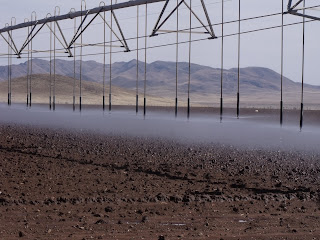 Drug war violence continues to besiege Mexico, diminishing in some areas while surging elsewhere. As drug-war violence has decreased in Chihuahua, simmering tensions over the state’s water crisis have surfaced.

In this northern border state – the largest in Mexico – it seems certain that conflicts over scarce water supplies will shape the state’s future. The conflicts over this scarce resource in northern Chihuahua will surely also affect binational relations.

It is highly likely that as Chihuahua strives to ensure adequate water for state residents, crossborder tensions over surface water treaties and transborder underground aquifers will likely rise. As water becomes increasingly scarce in Chihuahua, state residents may consider crossing the border into the United States as a survival option.

No one knows the extent of Chihuahua’s water crisis. But in the past couple of years concern about the state’s water future has heightened and resulted in conflicts between water users, intergovernmental tensions, and increased citizen activism.

Another problem is that both the federal and state governments have been more dedicated to the promotion of water consumption for energy production, irrigated agriculture, and industry than to water conservation.

The difficulty in assessing the impact of climate change is, however, the main obstacle to constructing reliable models of water availability and use in Chihuahua – a problem that is of course not confined to Chihuahua.

The stark separation between the rural and urban sectors in Chihuahua also obstructs a full appreciation of the extent of the state’s deepening water crisis. 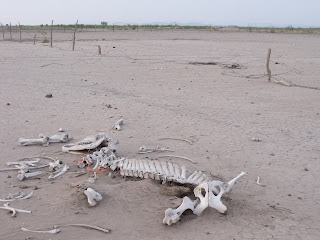 Chihuahua is vast territory – nearly as large as Great Britain. As might be expected, it is most sparsely populated state in Mexico.

However, Chihuahua is not a predominantly rural state. With nearly 80% of its residents living in cities, Chihuahua is one of the most urbanized states in Mexico. It is the only state that has two cities – Juárez and Chihuahua – ranking among the 20 largest cities of Mexico.

Within Chihuahua’s urban areas, there is little awareness of the state’s precarious water conditions. Even during drought years, urban residents, for the most part, have been largely unaffected by dramatically reduced precipitation rates.

That’s because domestic water comes not from surface waters captured in reservoirs but from wells. As long as the city wells are deep enough, water generally keeps flowing into the urban water systems.

Huge reservoirs have over the past five decades been constructed to capture the runoff from the mountain watersheds. Drought turns these lakes into puddles. However, because of their remote locations, few Chihuahuenses ever see these stark reminders of just how bad a drought is.

The farmers and orchard owners in water districts fed by these reservoirs live in fear that the reservoirs will be left completely dry. Most Chihuahua growers, however, don’t depend on the heavens for their water – at least not directly. Their crops are irrigated by more than 19,650 pumps that tap aquifers that have been creating underground water basins in this region long before the arrival of humans.

The condition of the state’s aquifers is the fundamental measure of water sustainability in Chihuahua.

Only the ranching sector, a disappearing sector of subsistence farmers, and growers in several water districts rely on surface water for their livelihoods. 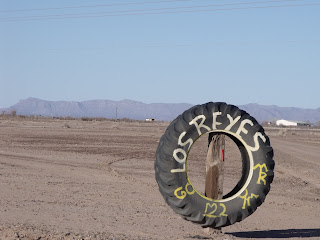 Overall, the titled extractions of water for agriculture, according to Conagua (April 30, 2012) account for nearly ten times the amount of water dedicated to urban consumption in Chihuahua – 4,286,505,358 cubic meters for agriculture compared to 471,290,161 cubic meters for urban users. This accounting greatly underestimates groundwater use by farmers since it does not include the more than 1,500 wells that lack a Conagua permit.

After agriculture, the largest water-consuming sector in Chihuahua is electricity generation, much of which is used for water pumping. Water used for electricity generation – 2,311, 132,000 cubic meters – represents nearly half the water extracted by legal pumps for irrigated agriculture.
Posted by Tom Barry at 5:12 PM
Email ThisBlogThis!Share to TwitterShare to FacebookShare to Pinterest