Role of the Military in Domestic Drone Deployment 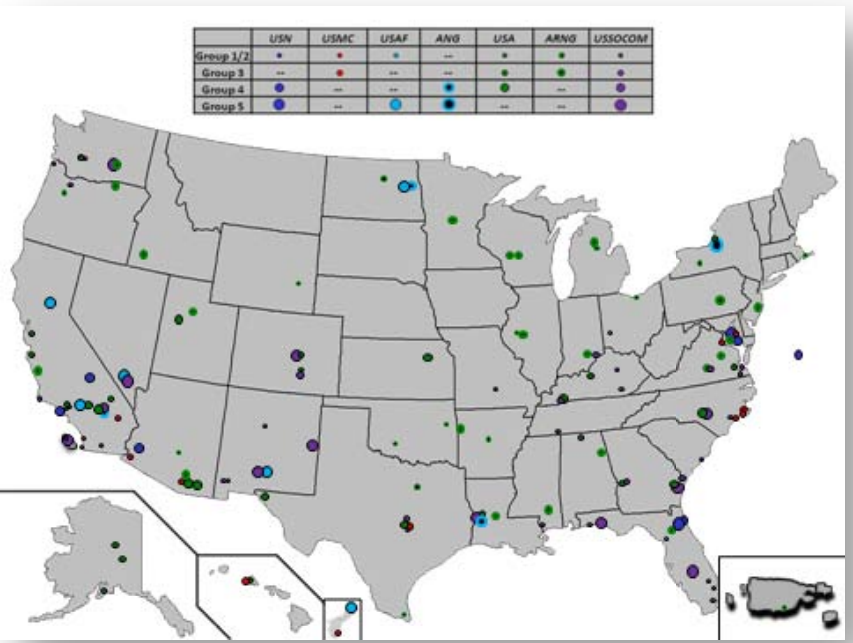 The Department of Homland Security takes a broad view of the scope of drone operations. Yet DHS is not alone in breaking down the barriers that have traditionally—and constitutionally—separated domestic law enforcement and national security operations.

The Pentagon could easily dispute CBP’s contention that its UAV program represents the leading edge in the opening up the homeland to drones.

The Congressional Caucus on Unmanned Systems, which was founded in 2009 by Rep. Buck McKeon (R-Calif.), has encouraged the Pentagon to work with the Federal Aviation Agency to open national airspace to military and other UAVs.

Currently, military drones are restricted to defined military airspace around military bases, unless operating with special waivers or COAs (Certificates of Authorization) issued by the FAA. Rep. Duncan Hunter (R-Calif.), a leading member of the drone caucus, sponsored an amendment to the National Department of Defense Authorization Act of 2009 that authorized the creation of an interagency US Executive Committee under Pentagon sponsorship to increase drone access to national airspace.

“It is vital for DOD and the FAA to collaborate closely to achieve progress in gaining access for unmanned aerial systems to the National Airspace System to support military requirements,” stated the Hunter amendment to the 2009 National Defense Authorization Act. With the Pentagon in the lead, the US Executive Committee aims to “enable increased and ultimately routine access of Federal UAVs engaged in public aircraft operations into the NAS to support operational, training, development, and research requirements of FAA, DOD, DHS, and NASA.”

In its Final Report to Congress on Access to National Airspace by Unmanned Aerial Systems (October 2010), the office of the Undersecretary of Defense noted that the Hunter amendment “recommended that the DOD and the FAA form an Executive Committee to act as a focal point for resolution of issues on matters of policy and procedures relating to US access to the National Airspace System (NAS).” Furthermore, “The sense of Congress was that progress has been lagging in the integration of US into the NAS for operational training, operational support to the Combatant Commanders, and support to domestic authorities in emergencies and natural disasters.”

The Pentagon has its own motivations for increasing UAV access to the national airspace, including expanding the airspace available for drone training operations. In addition to training, in its October 2010 report DOD set forth its objectives: the DOD needs to be able to respond rapidly to operational tasking, typically from a COCOM such as the United States Northern Command (NORTHCOM).

Many of these tasked missions relate to homeland defense, homeland security, and defense support to civilian authorities. This includes border and port surveillance, maritime operations, counterdrug operations, and disaster or special event support.

The US military has an expanding UAV presence within the nation’s borders, and it is eager to expand the airspace available for training and other missions. The 2010 report of the newly created UAV Executive Committee reported that the Pentagon was projecting that the number of UAV units or squadrons based in the continental United States will increase to 197 in 2015 from 146 in 2009, while the number of bases where these units are stationed will increase 62%—from 63 to 105 bases.

The Pentagon insists that opening the national airspace to drones is essential to the “sustainability” of the continued development of the US military’s UAV capacity. In its April 2012 Report on Future Unmanned Aerial Systems Training, Operations, and Sustainability, the Pentagon clearly states its case and its strategy for complete access to national airspace by military UAVs: “This need for airspace access to test new systems, train operators, and conduct continental United States)-based missions has quickly exceeded the current airspace available for military operations. The situation will only be exacerbated as units return from overseas contingencies.”

According to DOD, “The end state will be routine NAS access comparable to manned aircraft for all DOD US operational, training, and support missions.” In its Unmanned Systems Integrated Roadmap FY2011-2036, the Pentagon insisted in “having robust US Airspace Integration capabilities for all classes of US airspace is fundamental to flexible worldwide US deployment.
Posted by Tom Barry at 1:56 PM
Email ThisBlogThis!Share to TwitterShare to FacebookShare to Pinterest