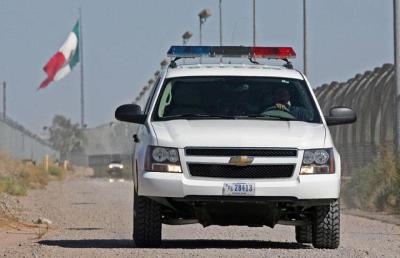 Voters reelected Obama, as expected. But it was not simply a reelection; there was also an unexpected revival, a seemingly miraculous resurrection of the prospects for immigration reform. The election also seemed to mark a turn toward drug control reform and the legalization of marijuana.

As Republicans and Democrats recognize the political logic of finally fixing the country’s restrictive and harsh immigration policies, there is bipartisan support for immigration reform. Rather than being a untouchable “third rail” of politics, immigration reform has emerged, as if overnight, as a political imperative for both parties.

Largely because of dramatically increasing political participation of Latinos, Asians and other immigrant-based communities, support for some type of immigration reform -- whether a comprehensive overhaul or piecemeal revisions -- spans nearly the entire political spectrum in post-election America.

What does 'Secure Our Borders' Mean?

The Department of Homeland Security and the U.S. Border Patrol aren’t much help in defining or assessing border security. About the closest DHS comes to defining border security is declaring its commitment to “secure the border” against the entry of “dangerous people and goods.” This more militaristic and threat-laden phrasing that pushed aside the pre-9/11 language of “border control” and about blocking flows of illegal aliens and illegal drugs.

The ambiguity and expansiveness of the new border security mission is paralleled by the Border Patrol’s apparent inability to evaluate the threats and risks to border security and to assess the degree to which the border is secure. The Border Patrol has squandered much of the goodwill, trust and credibility that resounded to its border control mission after the terrorist attacks of September 11, 2001.

The billions of dollars wasted in flawed high-tech projects, and the agency’s unwillingness to subject its many new border-security initiatives to cost-benefit evaluations and risk-based assessments, have given rise to new skepticism about border policy.

The Border Patrol rightly links its security mission to an assessment of risks and threats and to a new risk-management commitment. Yet, as has been the practice of the Border Patrol both before and after 9/11, there is no evidence that the agency has instituted rigorous risk-based strategies for its operations and resource distributions.

The Border Patrol implicitly equates numbers and threats. In the post-9/11 lexicon, all illegal entries are defined as threats. Rather than undertaking traditional threat assessments, the Border Patrol has dumbed down its definitions of threats and risks. Its risk-based, intelligence-driven strategy, therefore, identifies the areas of highest risk as the areas of the border with the highest number of illegal entries.

Securing the Border Against Foreign Terrorists


We are the guardians of our Nation’s borders. We are America’s frontline. We safeguard the American homeland at and beyond our borders. We protect the American public against terrorists and the instruments of terror.

Inexplicably, the agency has never included terrorism protection as a performance indicator. Nor has the Border Patrol offered any evidence that its “intelligence-driven” border security programs actually focus on terrorists and terrorist networks.

One likely reason the Border Patrol does not address its counterterrorism in any detail is that the agency’s border security buildup on the southwestern border has not resulted in the apprehension of members of foreign terrorist organizations, as identified by the State Department.

Experts in counterterrorism agree there is little risk that foreign terrorist organizations would rely on illegal border crossings – particularly across the U.S.-Mexico border –  for entry into the United States. While the fear that foreign terrorists would illegally cross U.S. land borders drove much of the early build-up in border security programs under the newly created homeland security department, counterterrorism seems to have dropped off the actual and rhetorical focus of today’s border security operations.

Indicative of this reduced focus on terrorism and return to the traditional focus on illegal immigration and illegal drugs is found in the recently released 2012-2016 Border Patrol Strategic Plan. There is only one reference to terrorism in the new strategy’s executive summary. In contrast, the previous Border Patrol Strategy, issued in September 2004, has 13 such references.

The Border Patrol offers no explanation for this stunning change in focus. Counterterrorism is still cited as the overarching goal of CBP, yet there is little in the new strategy statement to demonstrate this strategic focus.

From Terrorists to Transnational Criminals

As cross-border terrorism has faded as a homeland security concern, the Border Patrol has shifted the focus of its threat assessments to transnational criminal organizations based in Mexico. What formerly were called drug trafficking organizations by the federal government are now labeled TCOs. Although never mentioned previously, the Border Patrol over the past three years has warned of the threat posed by TCOs to border security.

Unfortunately, the Border Patrol has supported its escalated threat assessments about TCOs by counting the arrests of all drug couriers as blows to the TCOs, implying or stating that immigrants and other illegal border crossers carrying varying amounts of marijuana (or in rare cases other illegal drugs) are “transnational criminals.”

Since the creation of DHS, CBP, together with ICE, have also attempted to demonstrate that immigration and drug enforcement at the border and elsewhere is “risk-based.” Yet rather than prioritizing focusing their intelligence gathering on likely foreign threats to the borders, the post-9/11 border security apparatus has quickly returned to its traditional targeting of illegal drugs and unauthorized immigrants as “dangerous goods and people,” while recklessly labeling illegal border crossers as part of the operations of Mexican criminal organizations.

CBP, ICE and the Border Patrol have also used its post-9/11 commitment to risk-based enforcement to shift many immigrants into criminal categories, such as “criminal aliens”  and “fugitive aliens.”

In the borderlands and elsewhere, DHS has found broad support for its professed commitment to prioritize the arrest and deportation of the most dangerous immigrants, both those here legally and illegally.

The widespread use of illegal recreational drugs in the United States combined with harsh anti-immigrant statutes have resulted in routine deportation of otherwise law-abiding legal immigrants for even minor drug violations, thereby making a travesty of the risk-based criteria.

This all counts, in the estimation of DHS, as improved border security.

The crossing of illegal drugs has long characterized the border and will continue to do so as long as there is a U.S. market for these substances. Currently, the Border Patrol routinely labels illegal border crossers carrying marijuana as being accomplices or members of TCOs, thereby demonstrating its lack of strategic focus.

As part of its stated determination to pursue risk-based border protection, the Border Patrol should deprioritize immigration enforcement. A credible risk-management process cannot justify operations that make no distinction between truly dangerous individuals and ordinary immigrants seeking work and family reunification. The Border Patrol should instead target border bandits who prey upon vulnerable immigrants and the smugglers of truly dangerous illegal and prescription drugs.

Marijuana is not a security threat, and there is mounting momentum for its decriminalization on both sides of the border. More than 95% of the Border Patrol’s drug war activities involve marijuana.

This is a waste of scarce government resources; it diverts DHS from actual security threats, and contributes to the unnecessary militarization of the border. Administratively, DHS could, and should, mandate that the Border Patrol end what is, in effect, its strategic focus on the marijuana drug war.

In the wake of the election, however, there exists a new political calculus about immigration reform that has more to do with democracy than about pacifying border security hawks and anti-immigrant nationalists. Polls and vote counts indicate that U.S. society wants to reform immigration laws to make them less restrictive.

At a time when immigration reform is again getting bipartisan attention, the imperatives driving the border security build-up also merit review and reform.
Posted by Tom Barry at 11:29 AM
Email ThisBlogThis!Share to TwitterShare to FacebookShare to Pinterest

I also read on someone else's blog about the government's purchases of military tanks and ammunition as part of the homeland security..