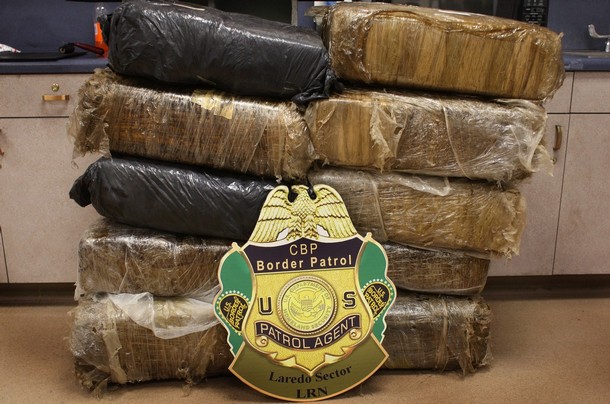 Truthout has published two articles about the confusion that pervades the U.S. Border Patrol.  When I submitted the article I titled the "Border Patrol's Lack of Clear Direction," the editor responded with an exclamation, "Sheesh, after reading [this] I think "ANY Direction" would be an improvement."

Here are the links to the two Truthout pieces:
http://truth-out.org/news/item/13603-border-patrols-new-strategy-highlights-agencys-lack-of-clear-direction

Sometimes, I find myself sympathizing with the Border Patrol, knowing well that many (or at least some) of them realize that what they are doing for a living is a shit-load waste of time and money. Mostly what they do is sniff around for marijuana, and dogs do it better.

Sure, they still pick up an occasional immigrant (average 4 apprehensions in 2011, and it's down substantially in 2012); but what, they must ask themselves, does immigration policing have to do with "security" mission?  Sometimes, though, what find most objectionable (and bewildering) is their overblown rhetoric and military jargon -- very much on display in the USBP's latest strategy statement.

Thinking about this language problem on my way back and forth across the Arizona-Sonora border last week, it came to me that all my analysis of the Border Patrol and CBP misses a core factor that would explain their lack of a "clear direction."

On an institutional and personal level, the language of "border security" functions simultaneously as a mask and crutch.

The military jargon of threats, forward-operation bases, operational control, etc. hides the fact that this agency's operations have little or nothing to do with security. Rather, it is more about sitting bored, shift after shift, in green-and-white trucks looking for immigrants and weed.
Perhaps, just perhaps, this glorified sense of mission -- this security mask -- would be okay if it existed primarily to keep up morale (lowest among federal bureaucracies) and to keep these gals and guys awake in their trucks.

But as seen in the strategy statements of all these homeland security agencies, especially CBP along with USBP and Office of Air and Marine, the mask is much more than an internal morale booster; it functions to justify ever higher budgets, increased presence in border communities, and enormously expensive high-tech solutions.

Also insidious is the culture this elevated security jargon shapes and nurtures -- a culture where reality is not permitted to interfere with doctrine and mission. When you enter the world of the Border Patrol, you step into an insular, low-functioning, self-justifying culture that boosts low self-esteem and is regarded uncritically (even with admiration) by the rest of society. As a Border Patrol agent, you only have to listen to President Obama or most any other politician to maintain your delusions.

It's the same with the military -- and most of these agents and their chiefs come from the military -- but even more exaggerated on the border. If I could figure out a way to say something like this in the language of policy analysis, that's what I would say is the essence of border patrol strategy and operations. Much like the way right-wing ideologues, or leftist ones for that matter, are so caught up in their rhetorical frameworks that reality is lost or ignored.

It's the crutch part of the security language that gets to the more personal part-- and admittedly is dangerously generalized.
I am continually amazed, shocked, dismayed, and amused by the language used by Border Patrol officials in their congressional testimony, their strategy statements, and descriptions of operations.

Dripping with military jargon that gets more ridiculous every year as they strain to explain themselves and justify the billions of dollars they spend. Certainly it is explained largely by the macho thing, which runs through all agencies and services that carry guns and wear badges and ribbons. But it is also a matter of class and education. At least that's how I have come to understand it.

Jargon is a crutch to use when you don't have your own understanding or words to explain what's happening. And when your mission is so far removed from the reality of what you are doing, then the jargon is the only way to explain yourself.

Okay, I will say it. The Border Patrol is not the most sophisticated, educated, thoughtful grouping of individuals protecting us.  The military language and concepts that pervade the Border Patrol's new strategy and the justifications for all its new operations give these agents and their bosses an elevated sense of themselves and their mission -- a crutch to compensate for their own inadequacies and a mask behind which they can successfully hide.

When they spew out this conceptual strategic garbage -- cribbed completely from the military -- they leave us with wondering what they hell they mean and are talking about, which must be taken as a sure sign of their superior status.

This interpretation of the crutch and mask culture helps make sense -- for me -- of the nonsensical new Border Patrol strategy. But even if it captures a bit of the truth of the Border Patrol culture, it doesn't explain why the agency has been able to fool not only themselves but also so many others with their unhinged rhetoric and strategies -- the congressional oversight committees, for example.

Certainly low levels of intellectual aptitude come into play here, too, although other factors include the ideology of border hawks, the pork-barrel politics of border politicians, and the perceived need to show constituents that they are strong on security matters. Tune in to any hearing of the Border and Maritime Security Subcommittee of the House Homeland Security Committee for a bit of amusement -- and the shock, amazement, and dismay that I refer to.

Posted by Tom Barry at 9:01 AM
Email ThisBlogThis!Share to TwitterShare to FacebookShare to Pinterest