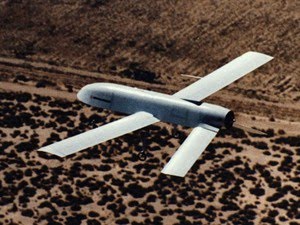 Customs and Border Protection, the Department of Homeland Security agency, that is in charge of the air and marine assets used for border control, has over the past several years been pushed by Congress to deploy more drones, along both the northern and southern border.

One problem is that CBP’s Office of Air and Marine doesn’t have enough remote-control pilots or maintenance teams to keep its fleet of ten drones in the air.

Another problem is that CBP doesn’t have a strategy that includes a plan about how these unmanned aerial systems can complement existing border operations. In other words, how can these expensive pieces of high-tech aviation be best used in coordination with existing technology, infrastructure, and agents? Elementary, yes, but within CBP such a strategy or plan simply doesn’t exist.

Then, there is the sorry record of what CBP/OAM claims border drones have accomplished (see below).

One might expect that CBP would have attempted to evaluate the costs and benefits of its various instruments and operations used to “secure the border.” Nope. No such cost-benefit evaluations exist.

Now comes a bipartisan group of senators insisting that DHS/CBP should have more border drones as a precondition for immigration reform. No doubt their staff have seen (or at least know about) the series of recent reports by the Congressional Research Service, Government Accountability Office, and the DHS Inspector General that have started to peel open the lack of transparency and accountability that have characterized the border drone program, revealing what a chaotic, ineffective mess it is.

Nonetheless, Republicans and Democrats say that more drones are needed to secure the border as part of a new immigration policy.  Here’s what they say:

Basically, there is a broadening political consensus that we need to “fix our broken immigration policy,” as is commonly said. Yet, paralleling this immigration reform consensus is a much stronger bipartisan consensus around border security – despite the monumental waste, lack of focus,  high-tech boondoggles, and absence of any cost-benefit evaluations that assess how effective the various border security programs are. And when border security involves high-tech systems (even unproven or failed ones),  border hawks and immigration reformers in Congress want more and more – in part because of this nation’s faith in high-tech solutions.

How effective are border drones?

Even accepting the notion that arrests of unauthorized immigrants and seizures of marijuana backpackers illegally crossing the border with their bundles of Mexican-grown weed contribute to homeland security, the numbers of immigrant apprehensions and drug seizures (almost exclusively marijuana) are low for these high-tech, high-budget drone operations.

CBP boasted in December 20111 that drone operations contributed to 7,500 apprehensions of illegal border crossers and 46,600 pounds of marijuana.
The 7,500 “criminal aliens” that the Border Patrol detained constitute small potatoes when compared to CBP’s overall number of detentions since 2005 – 5.7 million immigrants, including the 327,000 detained in 2011. Expressed as a percentage, amounts to only 0.001 percent – and while categorized by CBP as “dangerous people” because they have crossed the border illegally.

Mostly they are simply unauthorized immigrants, although a small number are marijuana backpackers. To give some perspective to the drug haul attributed to UAV surveillance over six years – 46,600 pounds of marijuana – CBP on average 3,500 pounds of marijuana every day in Arizona – making a marijuana seizure every 1.7 hours. Drones had a role in the seizure of less than one percent of the Border Patrol’s total marijuana in the past six years – to be exact only 0.003 percent.

To say nothing about the total disconnect between border security and the animating mission to protect the homeland against terrorism.

- Tom Barry
Posted by Tom Barry at 9:55 AM
Email ThisBlogThis!Share to TwitterShare to FacebookShare to Pinterest

I liked the post very much. Awesome article to read. I have been seeking this type of knowledge for a long time and by posting this article you have made my work so much easier. Thanks.
Immigration Lawyers

It is in reality a nice and useful piece of info. Please keep us informed like this. Thank you for sharing.
Immigration Consultants in Mohali