The Rise of Sonora’s Hydraulic Society

Making the Desert Bloom:
The Rise of Sonora’s Hydraulic Society 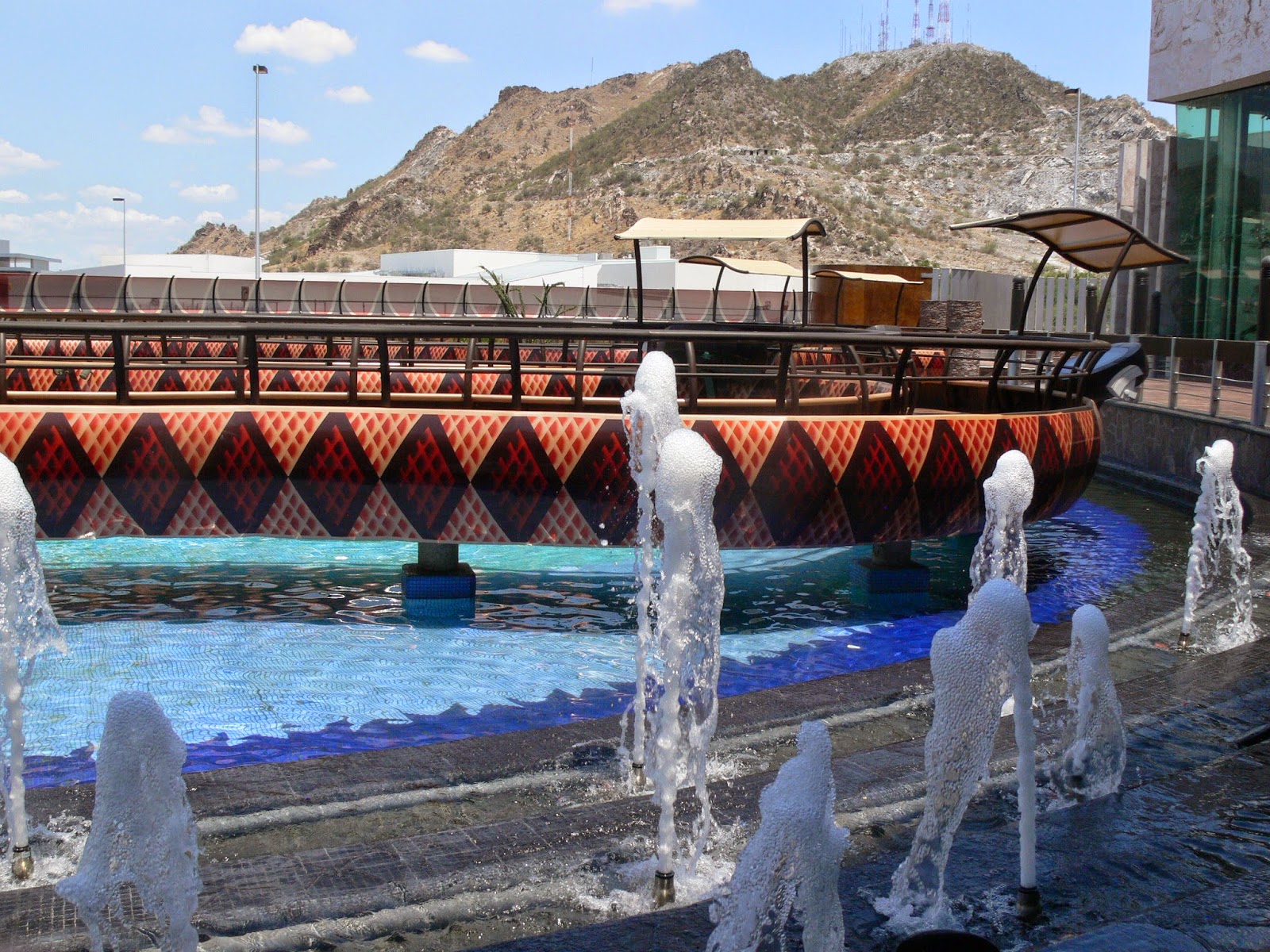 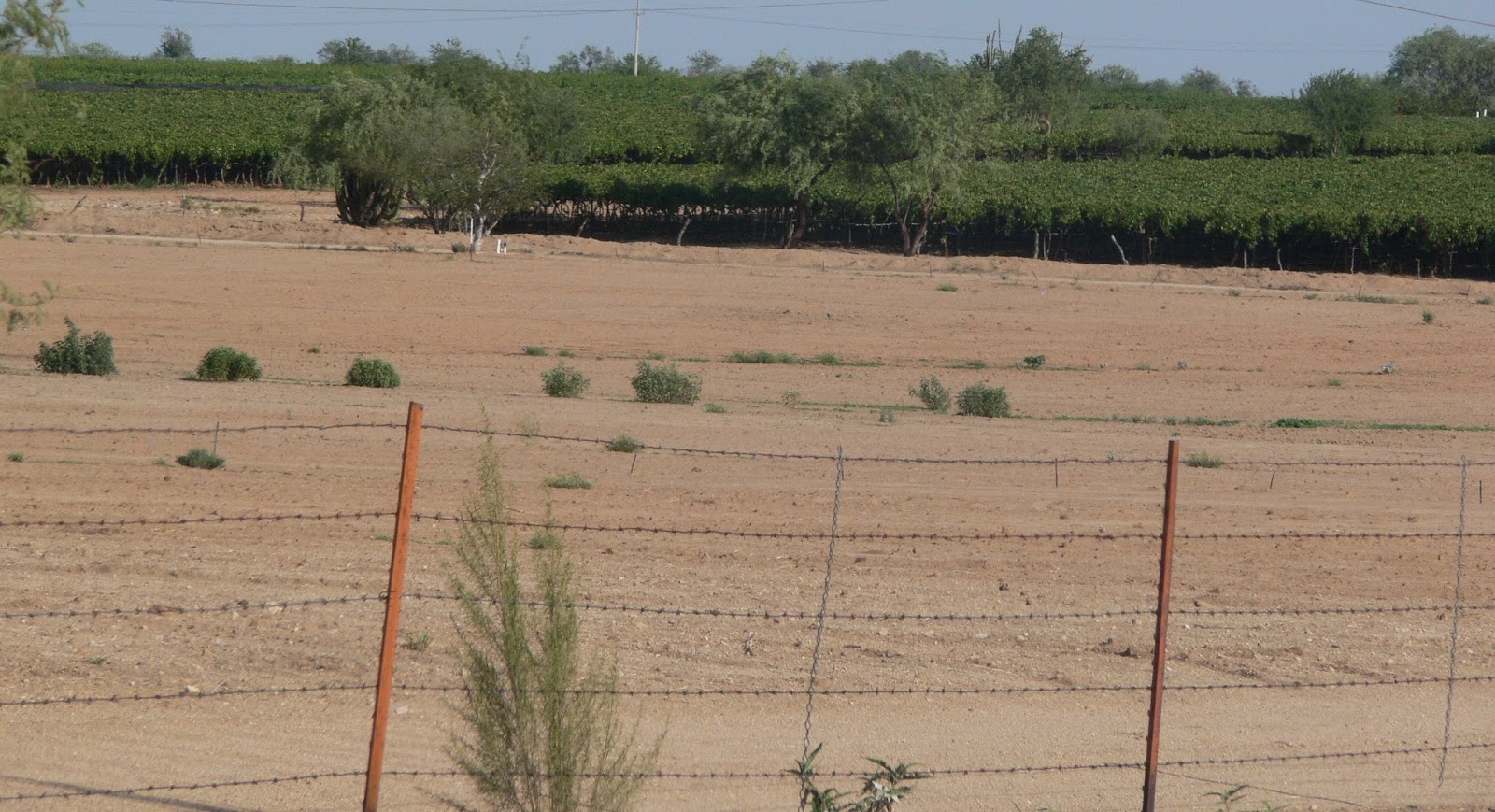 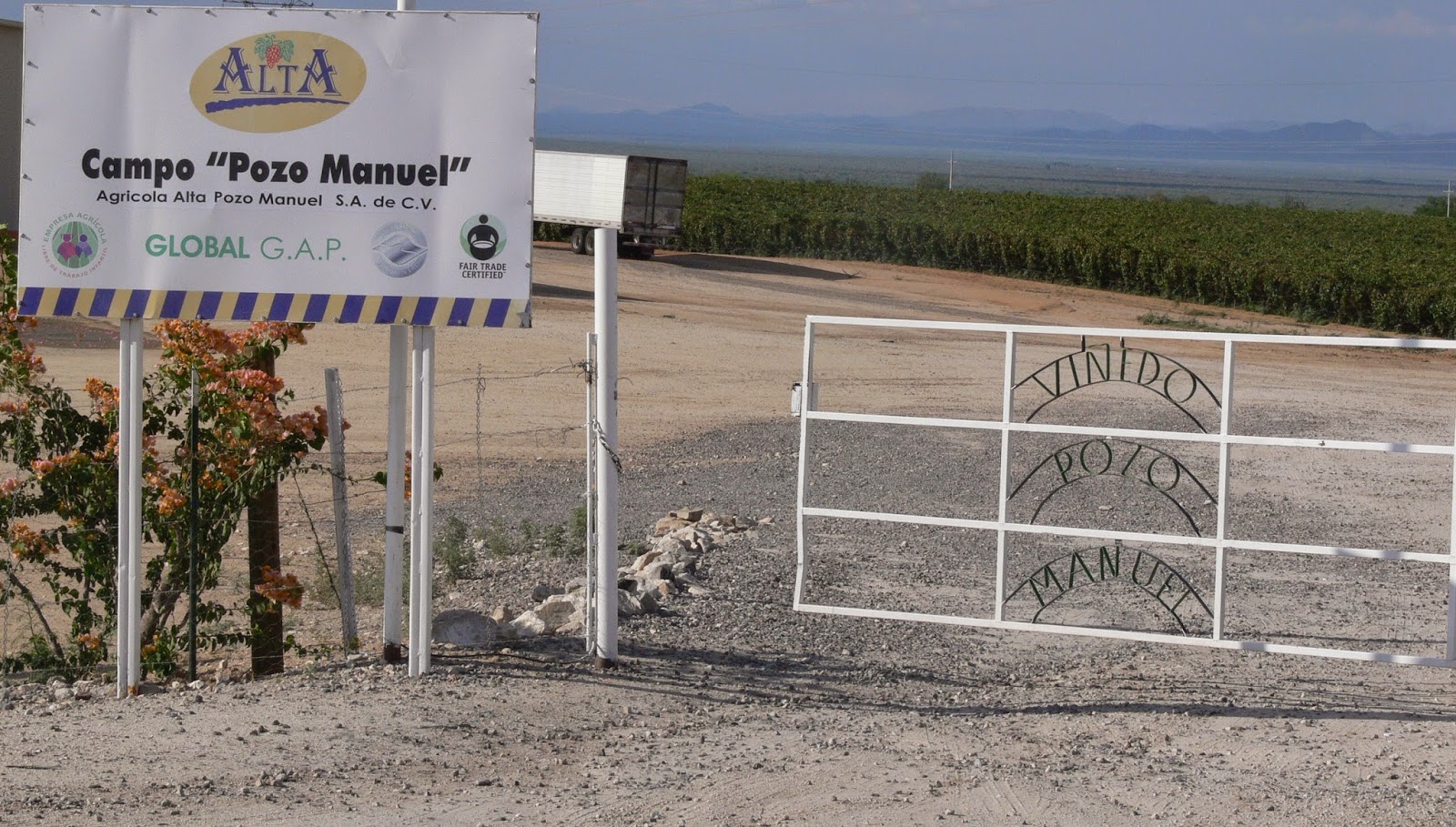 Water in its natural state is fluid.  Civilizations that emerged in arid regions, such as those in Mesopotamia (Sumerian, Assyrian) and in Arizona (Hohokam) depended on the managed flow of water for their sustenance, channeling river water into canals and ditches to irrigate their crops.

These were among the first pre-modern hydraulic society – cultures that depended on the ingenious transfer of water through canals and ditches to irrigate lands that otherwise could not be cultivated. But gravity and the physical bounds of siphoning limited the growth of these civilizations. In times of prolonged drought, no amount of ingenious engineering and social organization could transcend the limits of proximate water resources.

Modern times – with the advent of fuel- and electricity-driven pumps – have birthed hydraulic societies that have transcended the limits of the area’s water resources. Even when drought strikes or a society depletes its river basins or groundwater reserves, hydraulics can still come to the rescue – by transferring water from other healthier water basins and by drilling to new depths and in distant aquifers.

In other words, modern technology and energy systems can still make water flow, albeit at higher financial and environmental costs.

The question facing Sonora and most other states on both sides of the international border across the TransBorder West is whether governments and inhabitants are willing to accept the expense and impact of sustaining their hydraulic societies. Whether the benefits of new water megaprojects outweigh the costs?

The Independencia (Novillo-Hermosillo) aqueduct is a prime example of this absence of consultation with affected communities and of a lack of credible cost-benefit and environmental impact studies. But this lack of careful assessments of environmental impacts, costs, and social consequences, is the norm, not the exception, especially in Mexico. However, the same could be said for most of the water megaprojects in the U.S. West.

As aridlands societies confront all manner of water crises, the operative imperative is ensure that water gets to those who have the most economic and political power.  With the onset of climate change and the deepening realization of the limits of water resources, the long-dominant power and economic equations no longer hold.

New questions about prioritization of water needs are altering prevailing power dynamics, as is so evident in the debate over the Novillo-Hermosillo aqueduct. 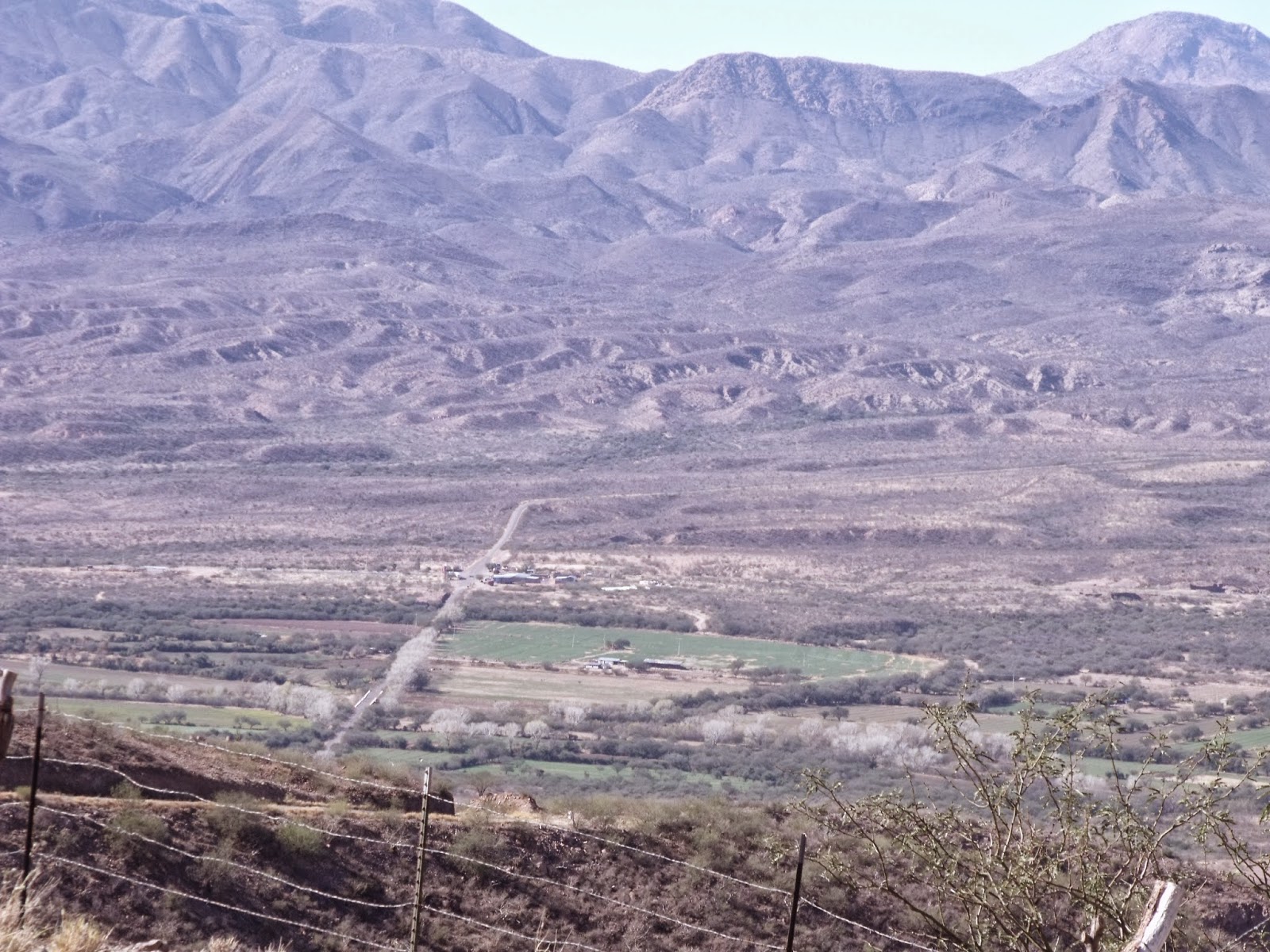 Hydraulic Societies, Then and Now

Sonora is a classically “hydraulic society.” The term hydraulic society was coined by a German scholar who found that some of the earliest civilizations were based economically, politically, and theologically on water management.[1]

In ancient hydraulic societies -- such as the civilizations in China and those that developed between the Tigris and Euphrates rivers in the aridlands of Mesopotamia – the central authorities were the water masters. Their power stemmed fundamentally from their role in managing sophisticated irrigation systems and water-supply systems. If their subjects became thirsty, their authority and power would falter.

Closer to home and more immediate is California, which U.S. scholar Donald Worster and others categorize as a hydraulic society.[2] In his paper “Damming of Sonora,” University of Oklahoma scholar Sterling Evans noted that Worster had correctly described the U.S. West as a “region characterized by ‘a social order founded on the intensive management of water,’ ‘communal reorganization,’ “new patterns of human interaction,’ and ‘new forms of discipline and authority.’”[3]

Any discussion of hydraulic societies in the Transborder West benefits from the seminal investigation and analysis of Marc Reisner in Cadillac Desert: The American West and its Disappearing Water. In his 1986 book, Reisner wrote: “Millions settled in regions where nature, left alone, would have countenanced thousands at best; great valleys and hemispherical basins metamorphosed from desert blond to semitropic green.”

You see the same miracle of hydraulic transformation in Sonora. Traveling south from the border at Nogales through the Sonoran Desert and then passing through the Yaqui and Mayo river deltas of Sonora – a nearly 7-hour trip – the fruits of Sonora’s hydraulic society are on display.

If one were to drive the nearly 400 miles from the border at Nogales to Sonora’s border with Sinaloa, you would cross three riverbeds (the Sonora, Yaqui and Mayo Rivers). But except immediately after heavy rains, the riverbeds are missing the rivers that formerly flowed across the coastal plains to the Gulf of California.

Temperatures rise to 120 degrees or higher in the summer. Cactus, mesquite, creosote, and thorn trees define the natural landscape -- except for the vineyards and farmlands that bloom for miles around Hermosillo, Ciudad Obregón, and Navojoa.

How is it possible that Sonora has long been one of the top three agricultural states in Mexico? Even most Sonorenses don’t fully understand where all the water for the state’s cities, industries, and agribusiness comes from. That’s because most of the state’s hydraulic megaprojects lie in the isolated valleys of sparsely populated eastern Sonora, a region known as La Serrana (mountainous area). 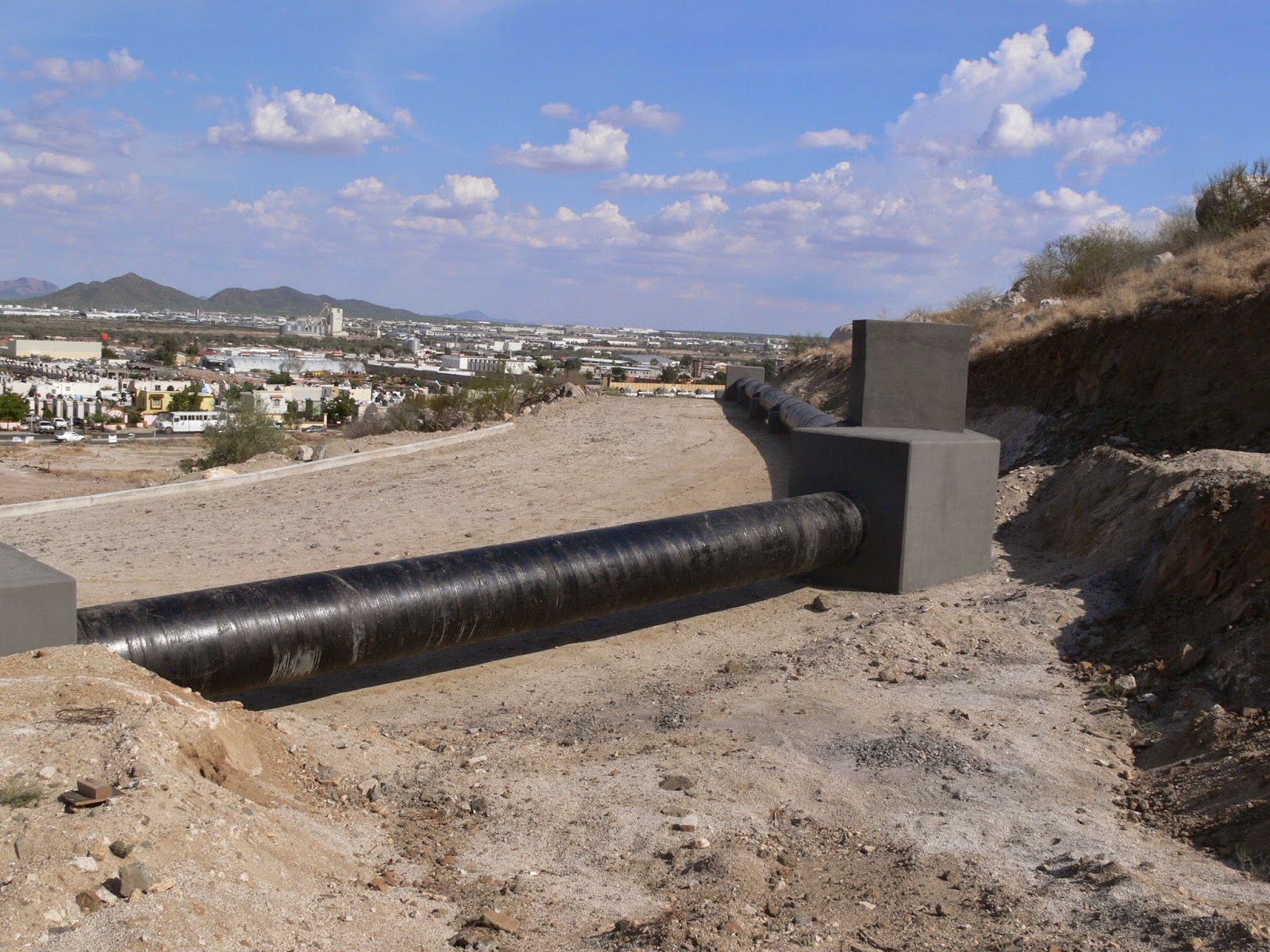 In the New Sonora that has bloomed in the Sonoran Desert over the past 75 years, the state’s four major dams and reservoirs lie out of sight and out of mind. The state’s largest dams lie behind mountains to the east of Sonora’s main demographic and farming belt along Highway 15 -- three on the Yaqui River and one on the Mayo River.

The state’s fifth largest dam – although much smaller than the other four – is found in New Sonora. The Abelardo Rodríguez dam and reservoir stands on the eastern edge of Hermosillo. Finished in 1949, it went completely dry by the mid-1990s and now stands as a monument to the limits of hydraulic manipulation.  Dams don’t work well in over-allocated river basins with dramatically dropping levels of groundwater reserves.

If one were to single out one factor that led to the plans to transfer water from the Yaqui River to Hermosillo, it would surely be the Abelardo Rodríguez dam. For the first two decades, Conagua pumped the reservoir water to meet the needs of Hermosillo agribusiness.  However, as the booming city grew desperate for water, the reservoir’s water was shifted in the 1980s to meet urban needs.

Then, when the reservoir went dry in 1996, the city and state’s political and economic elite began seriously considering languishing plans to tap the Yaqui River – plans that Governor Padrés implemented in 2010 through the newly created Sonora SI (Integrated System) agency for new state-sponsored water projects.

The Hermosillo dam is only one of many cases underscoring how the hydraulics and water megaprojects of modern Sonora have been breaking down or proving insufficient to meet the pressing needs for water by the state’s desert cities, the mining sector, manufacturing industries, and still-expanding agribusiness.

Posted by Tom Barry at 12:45 PM
Email ThisBlogThis!Share to TwitterShare to FacebookShare to Pinterest