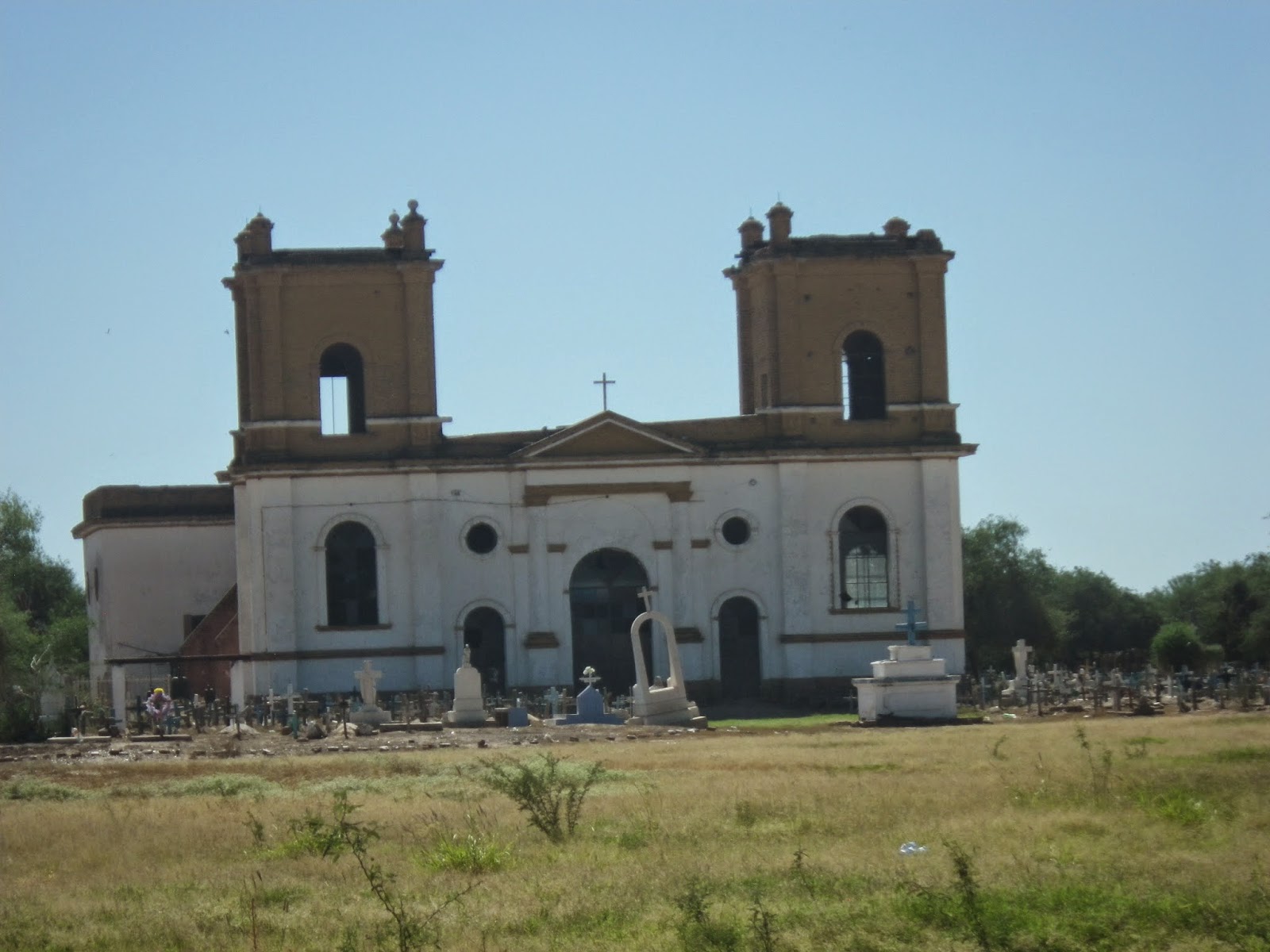 Old Sonora is out of sight, seldom visited, losing population – and losing water. Water – the flows of the Sonora, Yaqui, and Mayo Rivers – made the narrow valleys of eastern Sonora the social and economic core of the territory.

Sonora has two distinct geographical personalities -- one in the semi-arid to sub-humid east, and the other in the Sonoran Desert of arid western Sonora where rainfall ranges from 4 to 12 inches annually.[1]

Old Sonora had its origins in the eastern band of the state that descends south from the U.S. border, paralleling the Sierra Madre Occidental. New Sonora is modern Sonora. The new Sonora emerged in the heart of the Sonoran Desert throughout in the western half of the state -- bordered by the Gulf of California to the west and the mountains and river valleys to the east.

Known as La Serrana (mountainous place), eastern Sonora hosts series of north-south trending valleys paralleling the Sierra Madre Occidental that where most of the territory’s indigenous population lived when the Spanish arrived in the early to mid-1600s. Pimas and Opatas were the most populous and prosperous of the indigenous societies found here when the Jesuit missionaries ventured north from Sinaloa and the Yaqui Valley in the 1640s.

In the mid-1600s, the Spanish found as many as 100,000 Opatas living in the thriving agricultural settlements along the Sonora River and nearby river basins. According to scholars, the Opatas constituted the largest indigenous group in Mexico’s vast northwest.[2]

On the gravel terraces above the floodplain, the Jesuits reconfigured the Opata, Pima, and several other related indigenous societies into prosperous missions. The native communities had developed efficient systems of ditch irrigation as well as floodplain farming – systems that the Jesuits expanded into Spanish irrigation systems that included acequias madres and ditch gates.

Ruins of grist-stone wheat mills along the Río Sonora, Río San Miquel, and Río Moctezuma (Río Oposura) linger as testaments to the Jesuit determination not only to save pagan souls but also to alter the staples of their diet – from corn to wheat, which was regarded by Spaniards as the staff of life.

The mission churches that rise in the centers of such towns as Arizpe, Moctezuma, and Banámichi remain as the most prominent reminders of eastern Sonora’s colonial history. But the mule-powered gristmills of chiseled stone (tahonas) may be the most affecting testaments of the transforming power of the Jesuit missions. 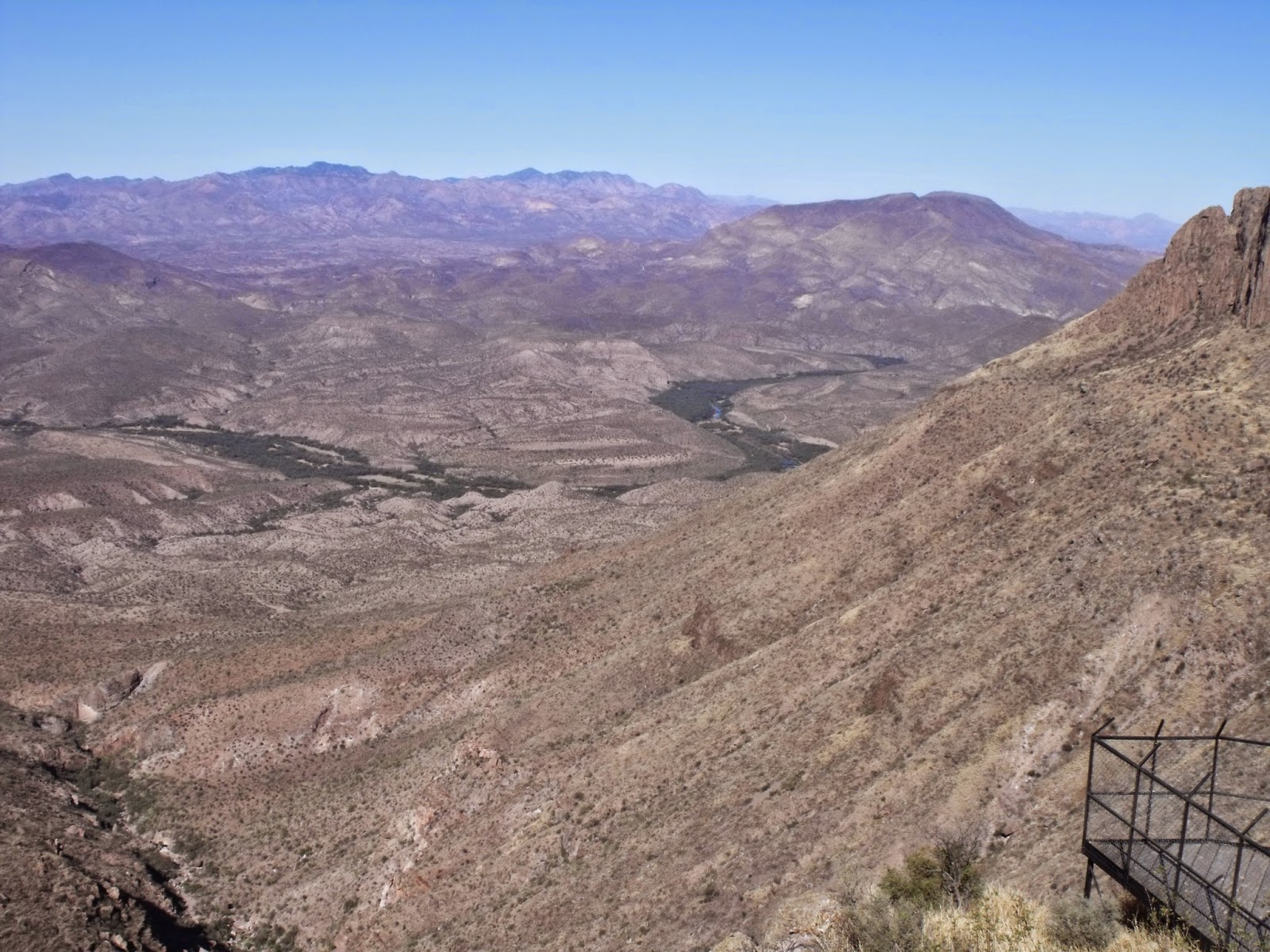 Bavispe River, the major tributary of the Yaqui River / Photo by Tom Barry

Bread and wheat tortillas are not the only food legacies of the Jesuits. Each mission introduced large-scale cattle ranching into eastern Sonora – beginning the tragic history of overgrazing of the estancias (grasslands) and the deterioration of fragile riparian and canyon ecosystems. A shaft of wheat and a bull are two of the four (fish and a mine) economic icons on Sonora’s coat of arms – with an image of a Yaqui deer dancer adorning the shield’s center.

The Jesuit missions in eastern Sonora became productive agricultural ventures. Not only were these missions in eastern Sonora self-supporting but they also produced a surplus of wheat and other crops. This surplus of food commodities – the products indigenous labor working under Jesuit supervision -- that fed the Spanish miners that began arriving in the late 17th century, most crossing the Sierra Madre from the mining center in Parral, Chihuahua.

Virtually all the Spaniards living in La Serrana in the late 1600s and early 1700s were Spanish miners, attracted to the mountains and canyons by exposed veins of silver, copper, and gold.

The wealthy colonial town of Álamos in the south grew up around the nearby silver mines, giving the city the reputation as being the “Silver City” of Mexico’s north. During early years of the mining boom, Álamos briefly served as capital of the entire state. The colonial town represented the accumulation of much of the territory’s new wealth and was the home of its political elite.

The missions, mining, and mestizo colonization eroded and eventually eliminated the indigenous presence in La Serrana. It should be mentioned, too, that the continued growth of this region was increasingly undercut, beginning in the late 1600s, by the raids of Apache bands from their hidden camps in the Sierra Madre. The Spanish, Mexicans, and indigenous communities were all victims of Apache plundering.

Before venturing north into the Opatería and the rancherías of the Pima Bajo people, the Jesuits had established a network of successful missions first in the Mayo Valley and after 1610 in the adjacent Yaqui Valley to the immediate north. Although lying in the lowlands and outside of eastern Sonora, the Jesuit missions in the Mayo and River deltas also constituted part of the Old Sonora – although today these areas represent a tragic mix of old and new Sonoras.

Unlike the Pimas and Opatas, the Yaquis and Mayos mainly practiced floodplain farming, not having developed the irrigation systems found in Opata and Pima communities. The Yaquis – unlike the Opatas and Pimas – were also hunter/gatherers and many depended on fishing in the sea and estuaries that bordered the Yaqui homeland. This varied source of sustenance explains, in part, the lack of ditch/canal irrigation in Yaqui society.

Old Sonora, bypassed by modernization and the creation of Sonora’s hydraulic society, gave Sonora a persisting economic identity – as a state based on the agriculture, mining, and ranching, although each of these sectors has changed dramatically over the past three centuries.

By the 1850s the state’s agricultural centers had begun to shift to the west and to the desert.  The incipient agribusiness sector – controlled largely by U.S. investors and settlers – discarded the traditional floodplain farming and instead relied on a network of dams, an extensive network of engineered irrigation canals, and batteries of deep wells.

In the last few decades, cattle ranching – while still a potent symbol of Sonora frontier life -- has increasingly become an avocation of the wealthy and political elite, who typically are fond of the fast-growing but highly invasive buffel grass and showy cowboy hats and boots. Mining has become ever more environmentally destructive as the mining industry excavates ore at increasing great depths. 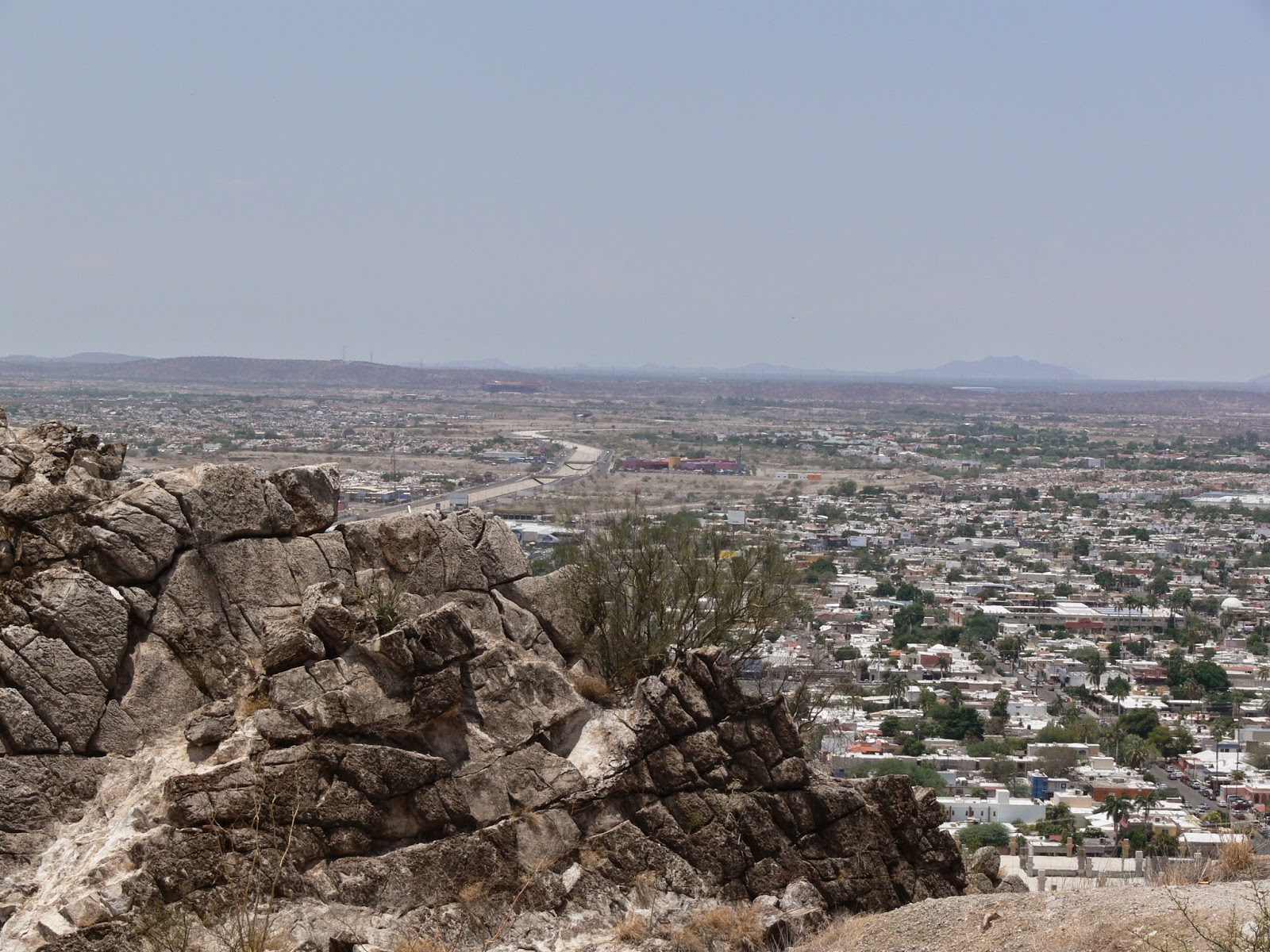 For the most part, the arid western half of the state remained sparsely populated for more than two centuries after the Spanish soldiers, missionaries, and miners made their first appearance in Sonora. The Sonoran Desert -- which forms a broad band that sweeps south from Arizona and converts into semi-arid scrublands and thorn forests as the narrows at its narrow southern border with Sinaloa – discouraged human settlement.

Average annual rainfall in the Sonoran Desert ranges from 4 to 12 –insufficient for non-irrigated farming. High summer temperatures – that routinely rise to 120 degrees F. (450 C) and beyond in summer – also limited human settlement.

“Water is life” – a common refrain among desert dwellers – explained the absence of indigenous, Spanish, and Mexican settlements in the Sonoran Desert. The semi-nomadic Seri people, a community of some 5,000 Yunan-speaking community (whose ancestors were likely immigrants from Baja California), who live along the coast, were the prominent exception in the virtually unpopulated expanses of Western Sonora. Farther north and inland, Tohono O’odam -- known as the “Sand People” -- scratched out a precarious existence in Sonora’s northwest – the acutely arid region north of the Gulf of California where the Sonoran Desert reaches out toward the Colorado River delta.

Before the advent of gas- and electricity-driven water wells, dams, cross-country irrigation canals, and aqueducts, the Sonora Desert imposed severe limits on economic development and population growth. But economic modernization has overcome, at least for the time being, the apparent limits of nature, particularly with respect to water availability and distribution.

Of the state’s 72 municipios, there are just three (according to 2010 census) with a population of more than 10,0000 that are located in eastern Sonora: the old mining and current tourist town of Álamos and the copper mining centers Cananea, and Nacozari de García.[3]

The New Sonora is teetering on the edge of unsustainability. The modern Sonora that has bloomed in the desert depends on the unsustainable pumping of groundwater and the diversion of flows from the already over-allocated river basins of Old Sonora.

Posted by Tom Barry at 2:51 PM
Email ThisBlogThis!Share to TwitterShare to FacebookShare to Pinterest