Searching for a Disappeared River: Yaquis and the Yaqui River

Sonora Chronicles
The River Runs Through It:
The Origins and Disappearance of the Yaqui River 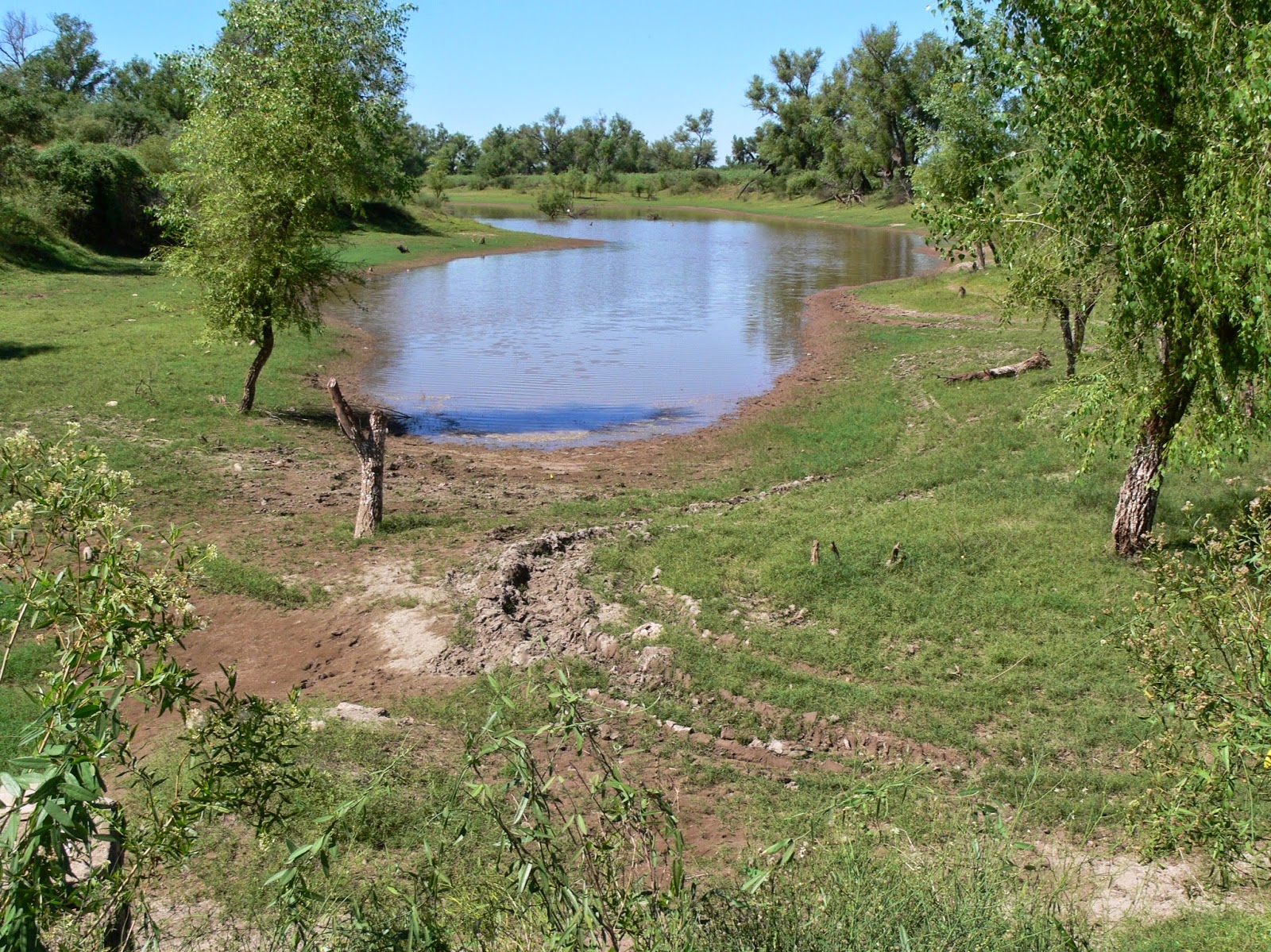 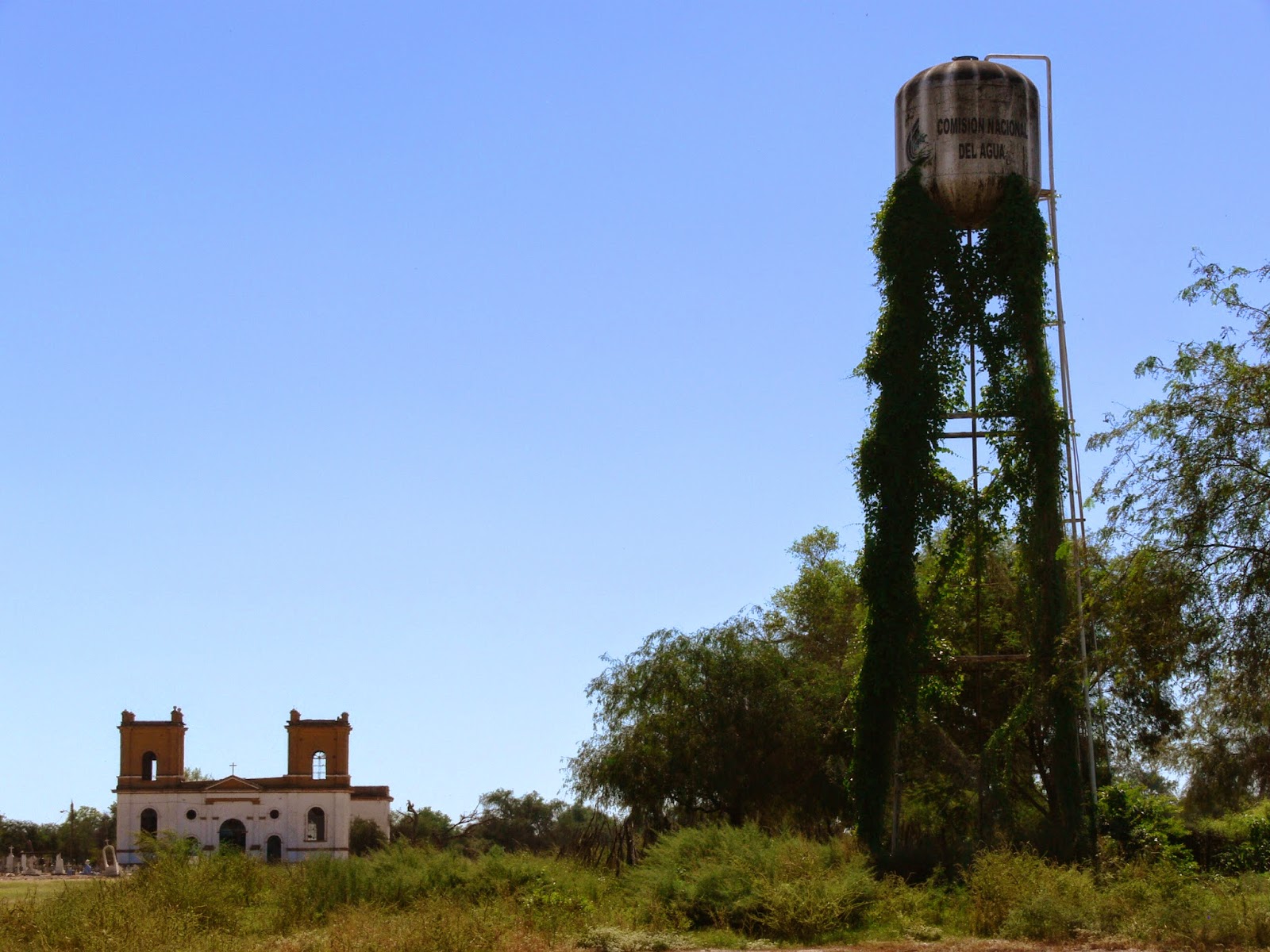 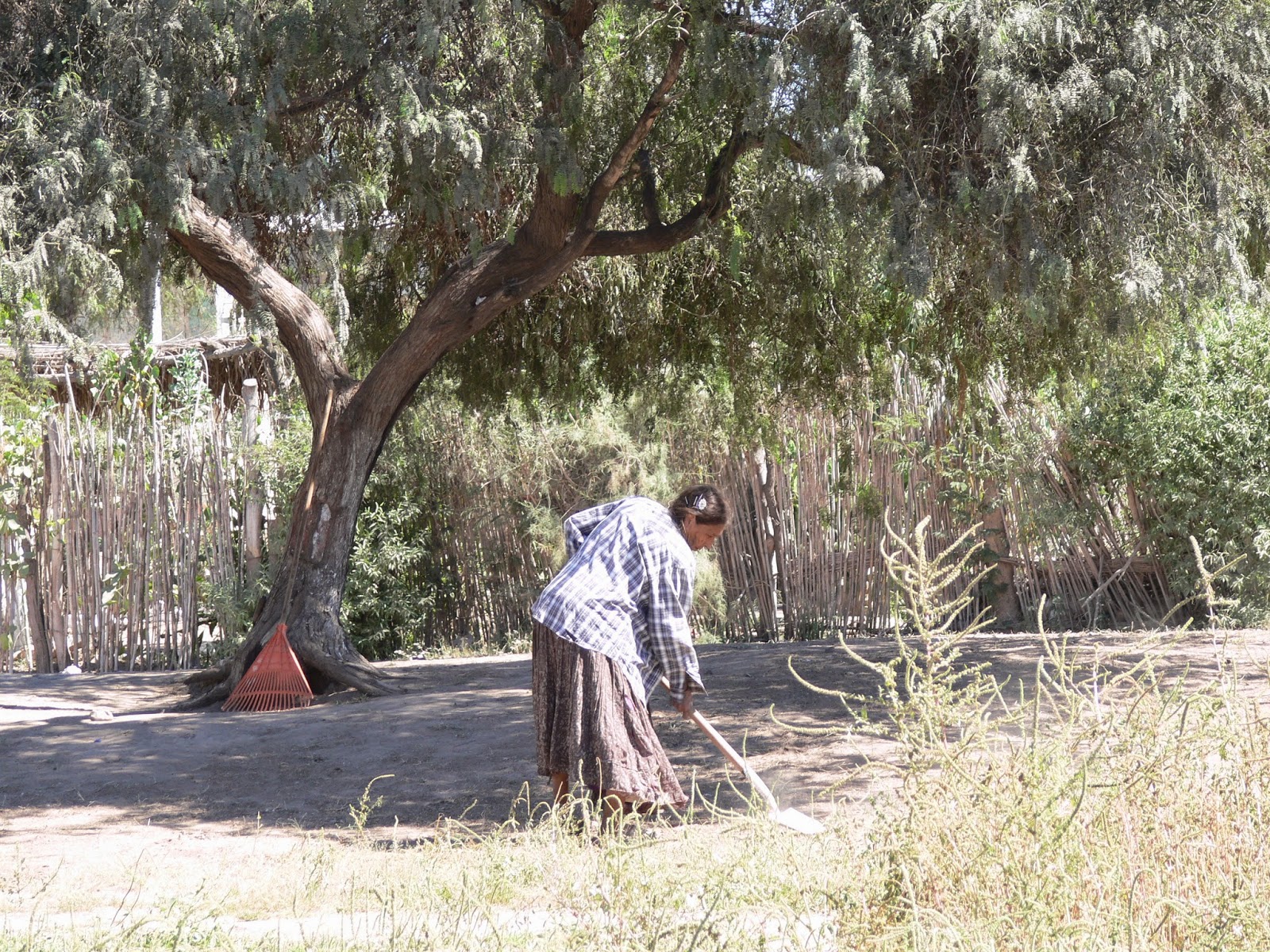 Yaqui woman cleaning up Vícam to prevent spread of dengue fever / Tom Barry
A deeply wrinkled middle-aged woman was raking up the leaves, branches, and other debris around large acacia tree in front of the deserted comisariado (local police station).  Getting out of the car, I explained that I came to the land of the Yaquis as part of a research and book project about the water crisis in the U.S. and Mexican borderland states. I also handed her my business card, identifying me as an analyst with the Center for International Policy in Washington, DC.
Even before asking her how I could find the Yaqui River, I asked why she was raking and sweeping the dusty ground.
“They told me to clean up here to keep dengue from spreading,” Silvia Jacarít Cupíz explained, referring to the male caciques of Vícam. Dengue – a tropical disease similar to malaria – was spreading through southern and central Sonora in October 2014 -- apparently a consequence of recent heavy rains. “We’re hungry in this village, but they don’t pay us for this work,” she lamented. 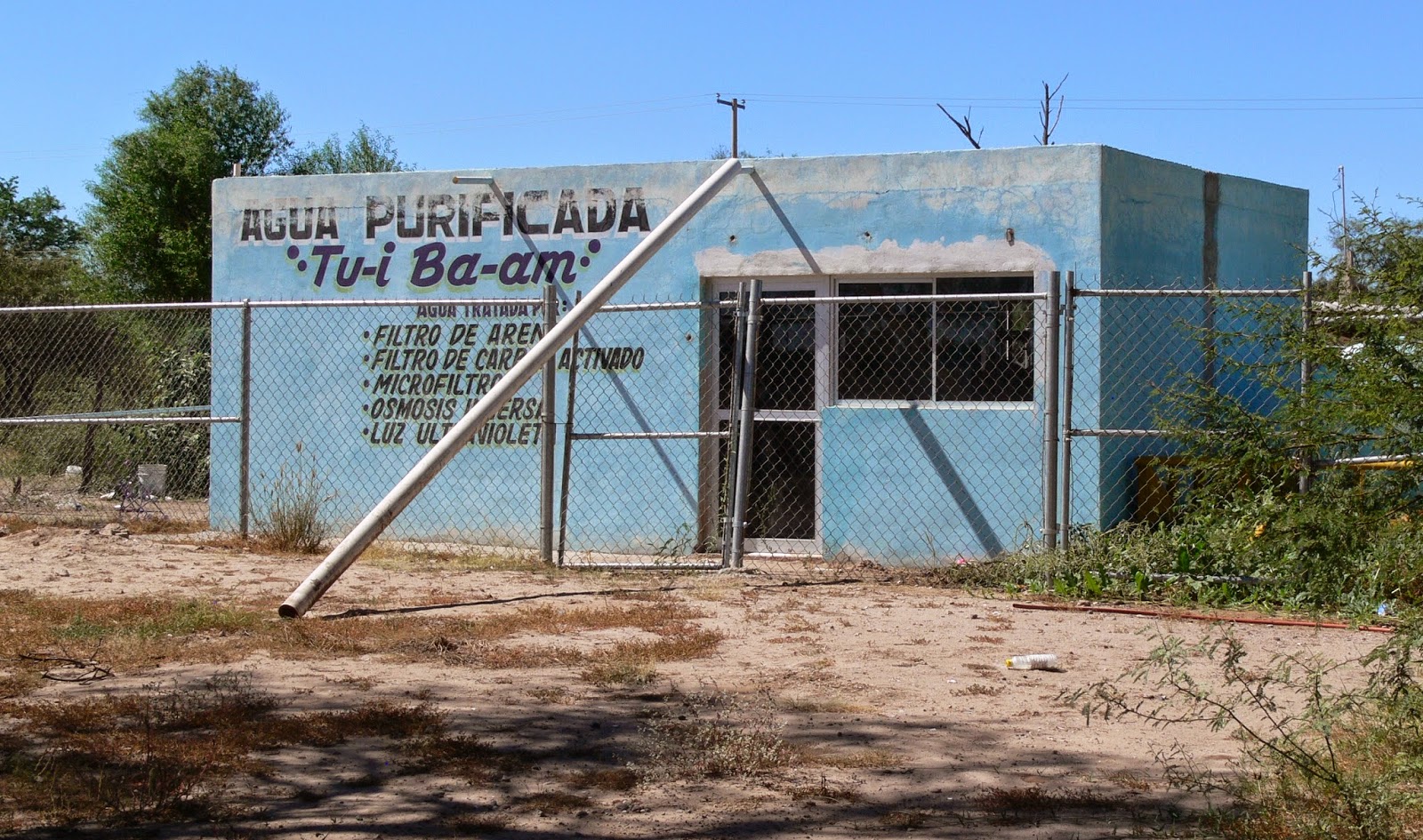 Access to drinking water is a major problem for the Yaquis, while water from the Yaqui River is going to Hermosillo and groundwater from Yaqui Valley goes to Guaymas in another aqueduct./ Photo by Tom Barry
As she continued raking and shoveling the dirt and gathering up the mostly organic debris into piles, she told me that I had indeed missed the river on the way into town. “But it hasn’t flowed in very long time, maybe four decades or more,” she explained.
“Water is the problem here, and food too. Our life in Vícam changed when the river stopped running,” she offered. While water still passes by the town in irrigation ditches, it goes to farms that Yaquis don’t control -- the same account I heard in other Yaqui villages.
“Yes, we have now water pipes connected to our homes. But the water stinks (apestosa) so we can’t drink it,” continued Jacarít. As evidence of the government’s lack of attention to the basic needs of t he Yaquis, she pointed to the rusted and vine-covered Conagua water tower and to the town’s source for purified water – both in a grave state of disrepair and abandonment.
For food, she told me that she relies on the meager income her son makes working as a carbonero, which, she explained, entails going out to the scrublands, cutting mesquite, and then turning the gathered wood into charcoal. “He comes home covered in soot, black all over. Terrible work, but there are no other options for us,” she concluded.
In the Yaqui Valley, the Old Sonora and the New Sonora live side by side. It is this contrast – between income, access to water, control of land, and living conditions – that is the context for the Yaqui water war.
It is a war, likely the first of many in Sonora, which pits the Yaquis against the state government’s new water megaprojects – a showdown between the old and new Sonoras. 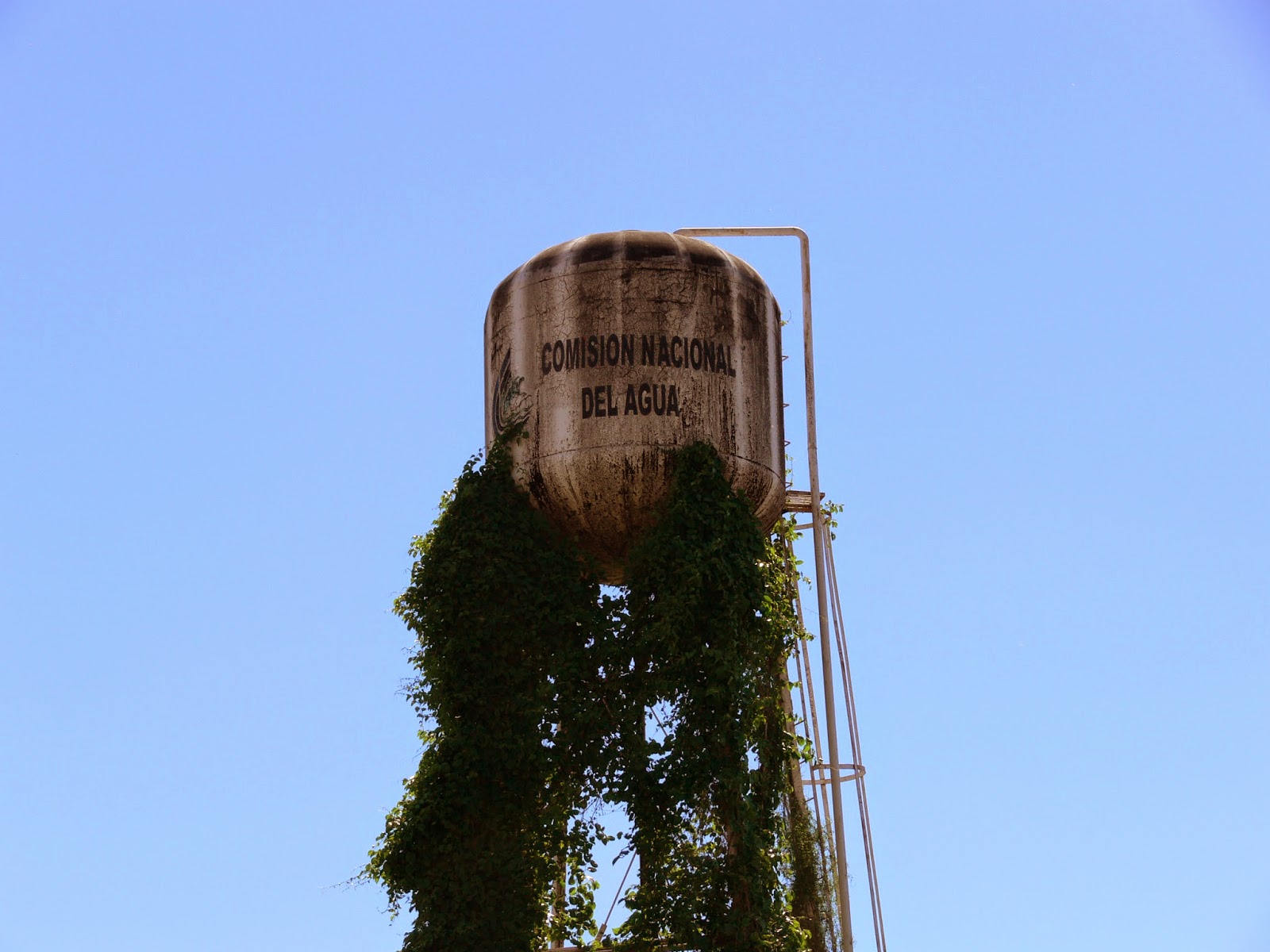 
[1] The eight pueblos initially all had names in the Yaqui language. Some like Vícam are derivations of the original name, in this case Bikam. Some, like Pótam, retain their original name. In the case of Belém or Pitaya, the original Yaqui name (Béene) has faded into the past.
Posted by Tom Barry at 10:15 AM
Email ThisBlogThis!Share to TwitterShare to FacebookShare to Pinterest