That fact about wealth distribution Mexico highlights three attributes and advantages of Mexico’s mining industry. Most important are the close historical and current links between Mexico’s major mining companies and the federal government. Also critical is the industry’s continuing impunity: laws and regulations regarding occupational-safety, environmental-protection, and national water laws are simply not enforced. All of which help explain the low costs and high profitability of Mexico’s mining sector – benefiting both Mexico-based firms like Grupo México and foreign ones like Newmont Mining.

Prior to the 1910-17 Mexican Revolution, foreign mining companies, mainly U.S. firms, defined Mexico’s mining sector – its treatment of mineworkers, privileged status with the government, disregard for the environment, displacement of communities and indigenous groups, and, of course, the immense profits that flowed north to the United States.

Despite the recent proliferation of foreign mining firms (overwhelmingly Canadian), Mexican investors and Mexican “social capital” (injection of government revenues) have constituted the core of Mexico’s mining sector over the past four decades.

The foreign mining firms that since the mid-1990s spread throughout Mexico looking for precious metals are following the lead set by the Mexican mining giants -- whether it be environmentally reckless mining practices, illegal consumption and contamination of water, and abusive treatment of communities near mining sites.

The Mexico-based mining companies account for about three-fifths of the nation’s minerals production. Their privileged relationship with the government and its regulatory agencies has set the pattern for favored treatment that the new mining investors enjoy.

Underscoring the transnational identity of Mexico’s dominant mining firms is their preference for English in most of their media releases, stock offering, and company profiles.     differentiation between Mexico-based and foreign-based firms is also blurred by the transnational flow of credit, capital, income, and profit. While their headquarters are in Mexico City, their financial presence is mostly on Wall Street.

The three mining oligarchs – Larrea, Bailléres, and Slim – have mining and other enterprises throughout Mexico. All three men and their companies are prominent presences in Sonora – Mexico’s top mining state. Sonora’s profile as the state with the most mining permits and most minerals production attracted national attention in August 2014 after Grupo México flooded the Sonora River with toxic wastes – what a federal government official called the “worst natural disaster in Mexico’s mining history.” 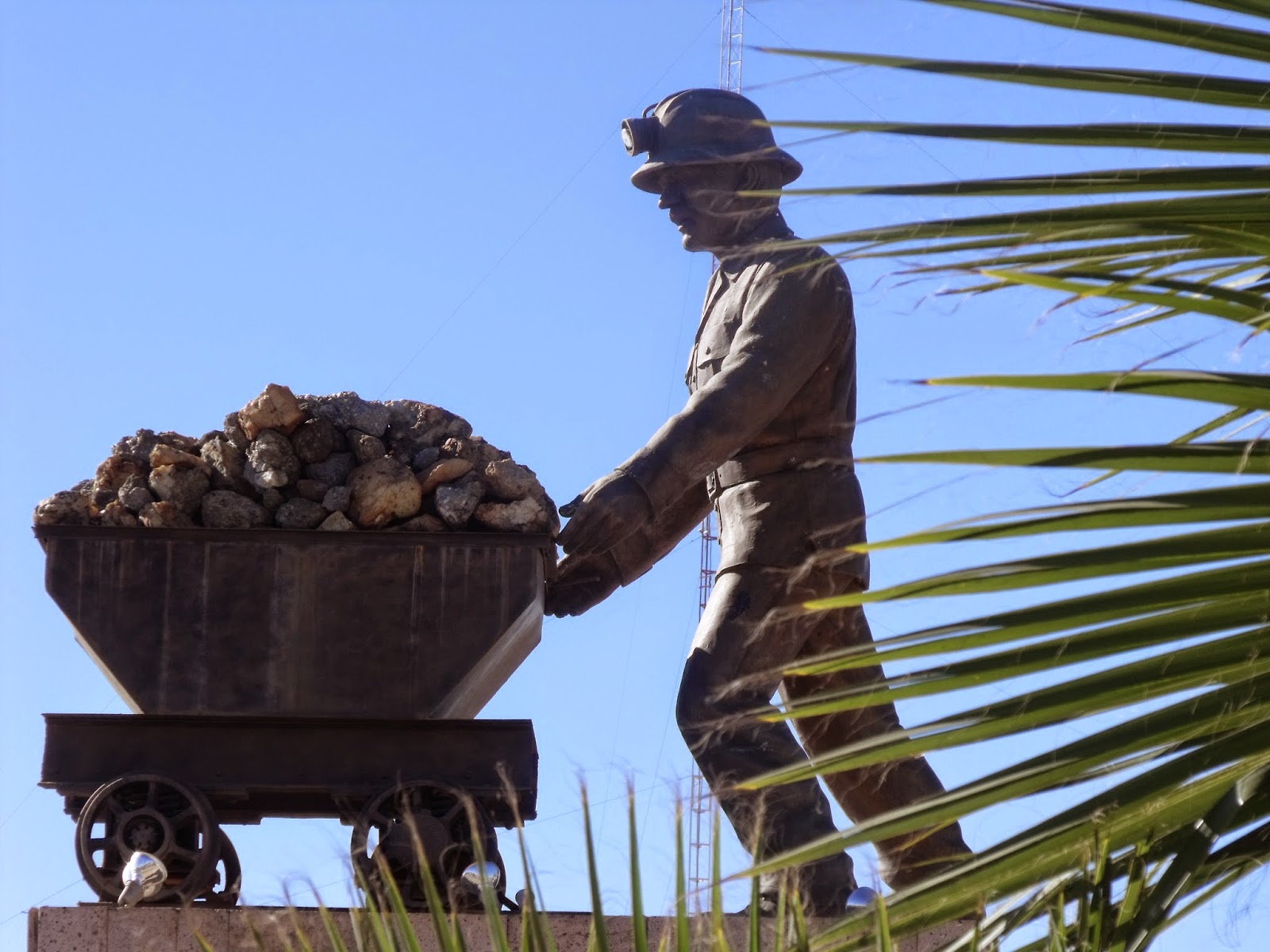 All three companies and their owners are major economic players in Sonora. However, Grupo México is by far the leading mining corporation in the state. Its huge copper and molybdenum mining and processing operations in Cananea and Nacozari de García dominate the state’s mining sector. (See accompanying Grupo México box.)

Huge footprints of these three giants of Mexico’s mining sector are showing up throughout Sonora.

Industrias Peñoles is Mexico’s largest gold, zinc, and lead producer, and the company is expanding rapidly in Sonora. In a partnership with two of the world’s most environmentally destructive mining companies -- Fresnillo (Great Britain, and formerly a wholly owned subsidiary of Peñoles) and Newport Mining (U.S) -- Peñoles has many gold and silver exploration operations in Sonora. Peñoles also has joint minerals exploration initiatives in Peru and Chile with Fresnillo, which owns the largest silver mine in Mexico.

Peñoles owns Mexico’s largest zinc mine, which is located near the international border on the Chihuahua side of the Sierra Madre Occidental. It’s subterranean mine has is depleting the aquifers in the border municipio of Ascensión and is reportedly threatening the water supplies of Ciudad Juárez.

In Sonora, Peñoles operates three gold mines: Herradura (with Fresnillo), Soledad-Dipoloes, and Noche Buena, all of which are open-pit mines. In the border municipio of Santa Cruz, Peñoles is expanding its copper mining operations at its Milpillas mine, and the company is developing another copper mine near Caborca called Los Humos.[ii] In its 2013 annual report, Peñoles acknowledged that water shortages present a major obstacle for its operations in Sonora and other arid states, notably Chihuahua, Zacatecas, and Durango.

Carlos Slim’s Minera Frisco has been expanding its open-pit copper mine in the Cananea area since 1980 through its Minera María subsidiary. In 1999 the company’s operation in Cananea started processing cathodic copper.[iii] 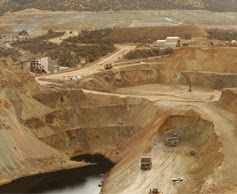