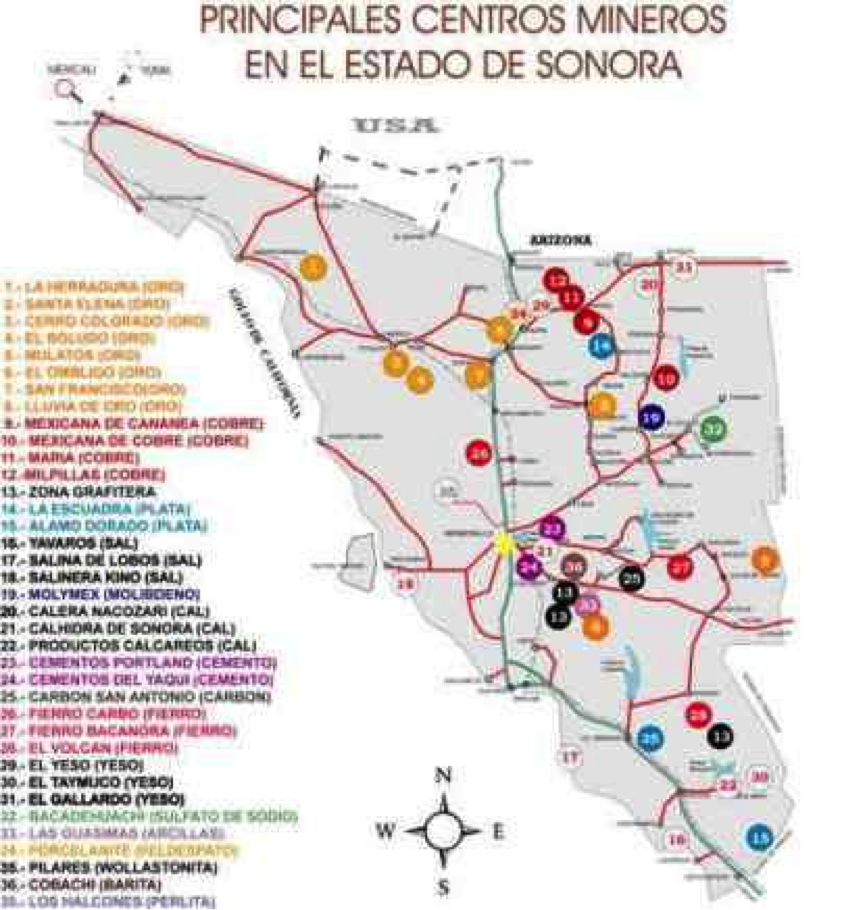 When the Sonora River disaster struck, there was little public information about social and environmental impacts of the Cananea and other mining operations. The flood of toxics washing down the Sonora River also led to questions by the media, the pubic, and the anti-Independencia aqueduct forces about how much water the Buenavista copper mine and other mining operations consumed.

The Secretary of Economy has four separate programs that work closely with Mexican and foreign mining firms: 1) foment growth of mining industry; 2) training courses (in association with Secretaría d Trabajo and education institutions) for mine staff and workers, 3) technical assistance and consultations, and 4) helping mining businesses grow with state assistance.[i]

Over the past decade, the state government has dramatically stepped up its programs to boost the mining industry, creating a series of quasi-governmental entities and public trusts (fideicomisos) to aid and abet mining operations.[ii] 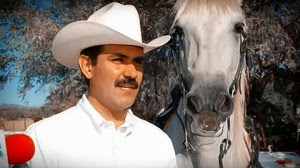 The Dirección General de Minería, which is the office of the Secretaría de Economía in Hermosillo that interacts with mining companies, doesn’t concern itself with the adverse impacts of mining.

The decree establishing the office makes no mention of water use, water contamination, land restoration, or occupational safety and health. Instead, the decree authorizes the state government’s mining office to work closely with the mining industry. Its mission is not to monitor or to regulate but rather of series but rather: “fomenter,” proponer,” “apoyar,” “impulsar,” “coadyuvar,” “proporcionar,” “brindar,” “promover,” “publicar,” “difundir,” and “desarrollar.”

The Secretaría de Economía hosts fairs and forums to promote mining in Sonora and serves as a public relations agency for the state’s mining industry. More than a cheerleader for the advance of mining operations in Sonora, the state government works to boost the industry by providing direct and indirect assistance.

The Direccíon General de Minería does this by providing technical assistance, undertaking exploration studies, training technical workers, and generating sources of credit and financing. And when the industry’s aggressive development of new mines encounters obstacles, the state’s mining office works to remove these obstacles by working with public and private entities to “prevent and resolve mining problems.”[iii]

Over the past decade the state government of Sonora has created a series of fideicomisos (decentralized semi-autonomous public trusts that answer to the governor’s office). These mining fideicomisos function as governmental partners of the private mining companies, clearing the path for mining operations and assisting the firms with services that involve the expenditure of state revenues.

In November 2007 the state legislature passed the “Ley de Promoción y Fomento Minero para el Estado de Sonora.” The main thrust of this mining law was to establish a process to provide financing, financial and logistical support, technical studies, and fiscal incentives for the mining industry. To provide this assistance, the law authorized the creation of the State Fund to Promote and Incentivize Mining.

Fiscal and non-fiscal incentives provided to mining companies – large or small, foreign or national – include: tax and fee exemptions and reduction; financing for modernization; training; technical assistance; business expansion; acquisition of goods and services; investment and feasibility studies; infrastructure; development aid; and mining and metallurgical studies. Neither the state nor federal government provide any accounting of the incentives and support for the mining industry.

In June 2011, Governor Padrés issued a decree to create a new decentralized state organization called the Regional Mining Development Promoter (PRODEREM) whose mission is to “strengthen the industry.”[iv] This strengthening extends to all phases of mining operations – ranging from mining extraction and processing (smelting, refining, etc.) operations to transportation and even sales.

Government subsidies, infrastructure construction, and tax incentives are nothing new in Sonora. Since the 1880s the government of Sonora as facilitated the extraction of copper, gold, and silver by mining companies.  In the early 1880s, Sonora exempted mining firms from taxes for twenty years. More than anything else, however, mine investors have demanded that the Sonoran government guarantee that they could extract their minerals in peace.

Referring to this need to establish a stable climate for mining and economic modernization, Sonora’s governor in 1882 lamented the uprisings of “bábaros” and  “the abnormal situation presented by the Yaqui and Mayo tribes who are holding fast to the river banks.”[v] 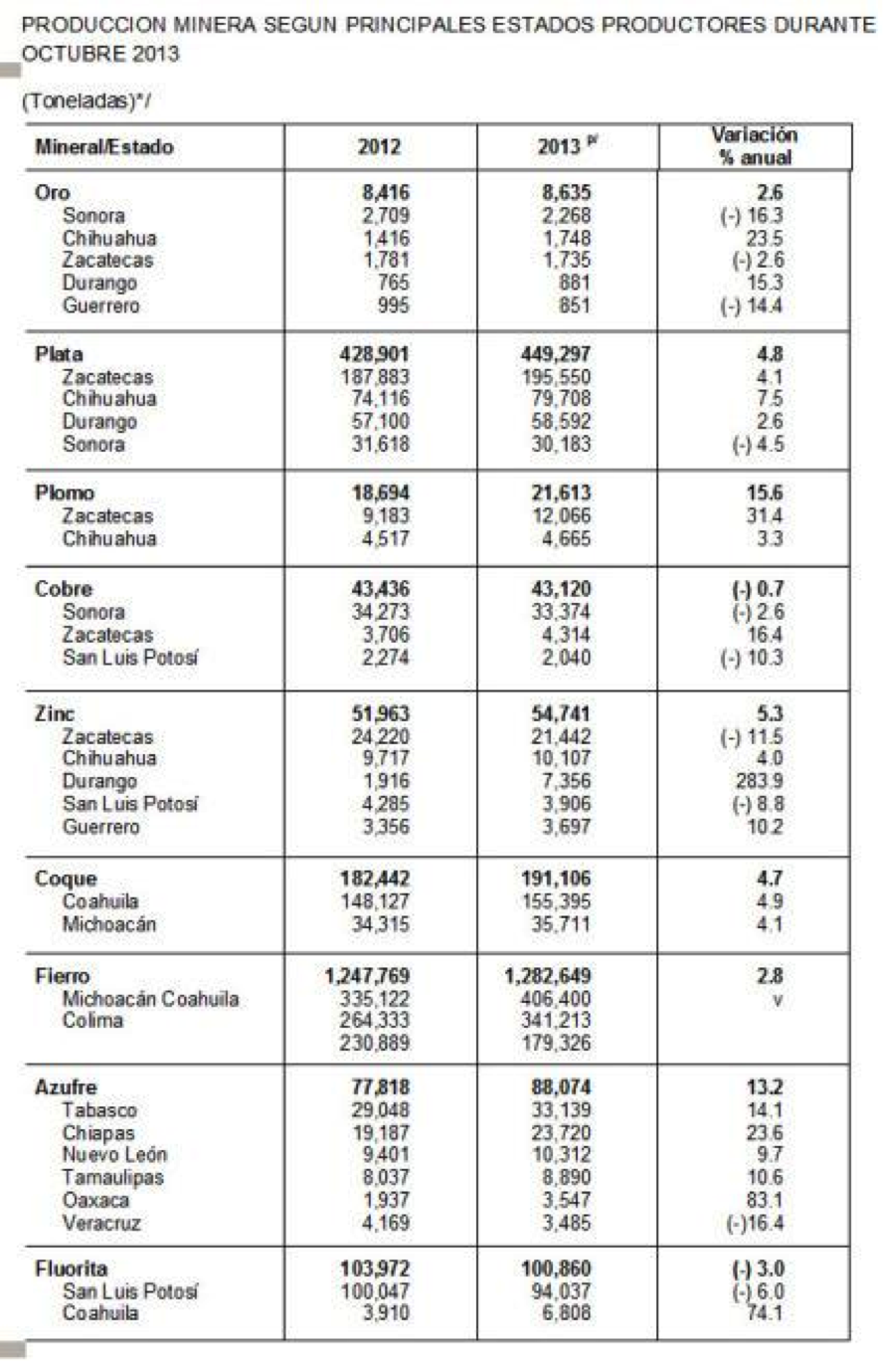