Immigration Crackdown Successful, Drug War Not So Much

Dispatches From Obama's Other Wars — on Immigrants and Drugs

President Obama came to office promising immigration reform in his first term. As a candidate and as president, Obama also made it clear that he stood firmly in supporting the “rule of law,” even if the law was overdue for reform.

Nearly three years into his administration, Obama has failed to make good on his promise of immigration reform.

The anti-immigrant constituency of the Republican Party adamantly opposes any reform that would include legalization of the immigration status of the estimated 11 million immigrants lacking visas, green cards, or working permits.

Within the Democratic Party, support for comprehensive immigration reform has steadily eroded over the past decade. Even with a Democratic majority in both houses of Congress, an immigration reform bill that included legalization provisions would have little chance of moving forward absent strong presidential leadership.

This too can be readily explained. No one could have expected the president to put immigration reform — whose main prospective beneficiaries aren’t even voters — ahead of the economic stimulus program, medical care reform, and other pressing issues, such as financial regulation reform, extension of unemployment benefits, and passing the budget.

Nonetheless, the failure of President Obama to chart a new path toward pragmatic immigration reform has deeply disappointed reform advocates and the immigrant community. After all, this is an issue that acutely affects the lives of millions and its lack of resolution creates tragic divides in families and roils the stability of thousands of communities.

But even for many who can excuse Obama, citing the constraints of politics in a badly divided America or for those who skeptically viewed Obama’s promises as political manipulation, the administration’s harsh enforcement of immigration laws and its wholehearted embrace of border security have surprised and shocked. 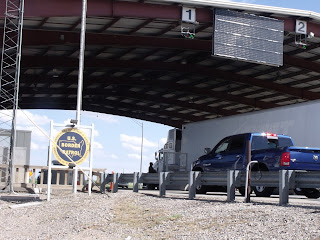 The first three years of the Obama presidency have also left drug policy reformers reeling.
As a candidate, Barack Obama distanced himself from the illegal drug issue, but he did indicate that his administration would end the four-decades-old “war on drugs” and shift U.S. drug policy to a more balanced, less militarized framework. Candidate Obama also indicated that he didn’t oppose the use of marijuana for medical purposes.

At the same, though, Obama scoffed at questions about drug legalization as if this were not a serious issue and only a concern of the social fringe.

As promised, the Obama administration has dropped the drug war rhetoric that has framed U.S. drug policy over the past four decades. Instead, the administration has reframed the drug war as part of a combat against transnational organized crime. Within the White House’s Office on National Drug Control Policy (ONDCP), there is, as promised, more emphasis on the need to treat drug users, not simply incarcerate them.

However, in all but name, the drug war under Obama has escalated, both abroad and at home, particularly along the southwestern border.

Under the new rubric of “combating transnational organized crime,” the Obama administration has increased U.S. support for the drug war in Mexico, increased federal support for state and local drug task forces, and mounted a coordinated crackdown on illegal drug use and trafficking in the Southwest.

This summer the administration released its National Strategy to Combat Transnational Organized Crime, whose main focus is international drug trafficking. All the federal departments and agencies — DOD, DHS, DOJ, DEA, FBI, AFT, and ONDCP — previously involved in the “war on drugs” have adopted the new official language about transnational crime.

Foreign drug war ventures, like those in Mexico and Colombia, are now designated as fronts in the combat against “transnational threats” and “transnational criminal organizations.”
Under this administration, the Department of Homeland Security has become more of a drug warrior agency, launching an array of counternarcotics initiatives that are closely tied to new border security and immigration enforcement operations.

Along the border, the administration has made Arizona the forefront of its new combat operations. DHS selected Arizona in 2009 as the location of the Alliance to Combat Transnational Threats — with other similar counterdrug alliances planned for three other sections of the border.

The Justice Department, the traditional home of most of the federal government’s domestic drug control operations, has also elevated its profile as a committed combatant against illegal drugs, with an array of new border-related initiatives aimed at transnational crime and criminal aliens.

With respect to immigration, DOJ has challenged the rights of states like Arizona and Alabama to institute their own immigration-enforcement policies. Similarly, DOJ is asserting federal supremacy in drug law enforcement over new state initiatives, particularly with respect to medical marijuana.

In both cases, the immigrants and drugs targeted by law enforcement illegally cross the border into the United States. The border security operations mounted by the U.S. government over the past decade — the border fence, the electronic virtual fence, the doubling of Border Patrol officers, and drone patrols — aim to stop both illegal immigrants and illegal drugs.

Policy reform advocates and activists in both camps have been careful to keep the two issues separate. Immigration policy reformers and immigrant-rights advocates are rightly concerned that immigrants, both legal and unauthorized, are being increasingly categorized as “criminal aliens.”

The Obama administration has reinforced and expanded the “criminal alien” programs at both DHS and DOJ. The large numbers of the immigrants labeled as “criminal aliens”  it deports each year reinforces currents of public opinion that conflate immigrants and criminals as public safety threats.

Most immigrants categorized as criminal aliens have criminal records only because of new government policies that create criminal consequences (jail and prison time) as well as immigration consequences for illegal entry or reentry.

But many are indeed criminals in the more traditional sense, having violated federal or state laws. Of these crime-committing criminal aliens, however, only a small number have been convicted of major crimes that do threaten public safety. It shouldn’t be a surprise that many immigrants, like tens of millions of U.S. citizens, are involved in the illegal drug market, mostly as consumers but also as smalltime dealers.

There is a difference, though, a major difference between immigrants and citizens. According to changes in the immigration statutes instituted under Republican congressional leadership in the mid-1990s, drug control violations are considered felonies under immigration law and result in deportations – not just for immigrants here illegally but for legal immigrant residents as well.

In DOJ’s immigration courts, streams of immigrants, legal and illegal, come before immigration judges with records of drug possession or minor cases of drug dealing. As the crackdown ensues, the U.S. justice and immigration systems are tracking down these cases – and immigrants, usually in their twenties and thirties, are being ordered removed, often to countries they barely remember, where they have no remaining relatives, and where the language is now foreign. 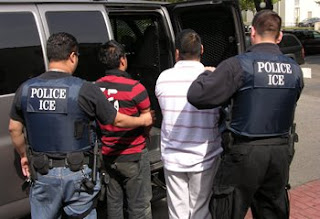 Attempting to demonstrate that it is focusing on ridding the country of “criminal aliens,” the Obama administration had ramped up programs such as Secure Communities and others that target immigrants with a criminal record and those who have been arrested but not convicted. In doing so, it can count on widespread public support on the assumption that few Americans, even among immigration reform supporters, would object to removing criminal immigrants from the country.

Nowhere is the intersection and overlap between immigration enforcement and drug control so pronounced as along the border. Illegal border crossers and illegal drugs have long been the central concerns of the Border Patrol.

Drug-sniffing canine teams at Border Patrol now routinely check travelers in the U.S. borderlands. Only rarely are illegal border crossers now caught at these checkpoints. Instead, drugs are the main focus, and the main victims are U.S. citizens and legal residents caught with small stashes of drugs for personal use.
As the drug war intensifies and the border becomes more fortified, drug gangs and cartels are exploiting, extorting, and terrorizing immigrants heading to the United States.

No doubt that the U.S.-Mexico drug trade, Mexico-U.S. immigration flows, and the U.S.-Mexico border have all become more violent. All have become the province and territory of criminal organizations and gangs.

Absent the deeply flawed legal and policy frameworks for immigration and drugs, these traditional patterns of human behavior are nonviolent and victimless activities. Yet, bad laws and the righteous enforcement of these laws have bred the violence and transnational crime that the Obama administration so tragically battles.

Three Years, and How Many More?

During the past three years, the immigration and drug issues have become increasingly interrelated.  As the 2012 general election approaches, the Obama administration offers us this dismal policy panorama:
Overall, when measured by apprehensions, removals, and population counts, the crackdown on immigrants (with immigration or criminal violations) is making steady progress.
Strictly considered without normative considerations, this new enforcement regimen could correctly be assessed as a success – with regard to upholding the “rule of law” and to restoring respect for the much-criticized ability of the government to enforce immigration law and control the border.

In contrast, the combat against transnational organized crime and illegal drugs, when measured by levels of drug consumption, drug prices, and drug flows, has utterly failed, at least thus far. Arrests and drug seizures are higher, yet the U.S. drug market is thriving. Drug production in Mexico is increasing, and drug flows through and from Mexico have also increased despite the escalation of combats and wars on both sides of the border.

Never before have so many Americans consumed marijuana, according to the National Drug Intelligence Center. Meanwhile, drug-related crimes have declined, paralleling the general decreased in crime rates.
Any evaluation of the administration’s drug combat strategy must also include its contribution to the horror of drug-war related murders in Mexico. Failing to summon up the courage and conviction to call an end to drug prohibition, the Obama administration bears direct responsibility for this continuing scourge.

Obama can rightly say he has ended the “war on drugs” since he declared it over. But instead we get a combat against transnational crime that is just as militaristic across the border and just as intolerant and punitive at home.

Obama can also correctly observe that he has ended workplace immigration raids and allowed immigration authorities to weigh humanitarian impacts in making deportation decisions. Yet more immigrants than ever are being deported, and the administration has extended its immigration enforcement apparatus into most communities through the Secure Communities program — all in the name of homeland security.

Going into the electoral season, the immigration and drug policy crises have worsened. As in the past, the Obama administration has justified these flawed and counterproductive policies by citing the threats to border security, homeland security, and even national security.

Tom Barry is the author of Border Wars (Boston Review Books). He directs the TransBorder Project at the Center for International Policy in Washington, D.C. He blogs at http://borderlinesblog.blogspot.com.

Posted by Tom Barry at 8:53 AM
Email ThisBlogThis!Share to TwitterShare to FacebookShare to Pinterest
Labels: Immigration