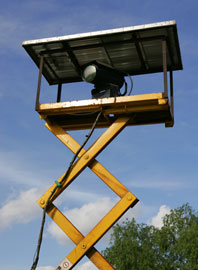 (Second of two parts on virtual fence, new and proposed.)

Before rushing ahead with another high-tech fix for our so-called “border security,” the Obama administration should take a hard look at the conceptual and strategic failures of the SBInet.

A series of blistering reports from DHS’ own inspector general and the Government Accountability Office, as well as a barrage of criticism from the various congressional committees that oversee DHS, warned that SBInet was a bust. The reports noted that Border Patrol never offered any clear definition of the project, a credible price estimate or strategic plan. (See: Fallacies of High-Tech Fixes for Border Security.) The “system of systems” was plagued by cost overruns, technical glitches, and repeated schedule delays.

Typical of the abstract language describing the SBInet concept, DHS said it represented “a systematic approach to deploy technological tools in stages, allowing each stage to build on the success of earlier stages.” And the objective is “to provide a clear common operating picture (COP) of the border environment within a command center environment, which will provide commonality within DHS components and interoperability with stakeholders outside DHS.”

In the end, DHS concluded that “the original concept for SBInet does not meet current standards for viability and cost-effectiveness” and that the “SBInet system is not the right system for all areas of the border and it is not the most cost-effective approach to secure the border.”

According to DHS, the “independent, quantitative, science-based assessment of the SBInet program” that it commissioned “demonstrated that SBInet is not the most efficient, effective and economical way to meet our nation's border security needs.”


No doubt. As any observer knew, SBInet was shot through with flaws – the least of which were technological – from its start in November 2005.

The Napolitano-mandated assessment, according to DHS, concluded that SBInet did not “have the capability to provide a one size fits all integrated technological solution to border security.”  DHS reported that SBInet research and development “generated some advancements in technology,” but, rather than seeking new technological platforms, DHS will in the immediate future “utilize existing, proven technology solutions tailored to the distinct terrain and population density of each border region.”

DHS says that the new search for a high-tech solution for border security “recognizes that we must effectively deploy a wide range of proven technology along the Southwest border to best meet our nation’s pressing border technology needs and complement this administration’s unprecedented investment in manpower, infrastructure and resources to secure the Southwest border.”

It should be remembered that, as DHS presses forward with its new border technology plan, SBInet was also initially scheduled to use only proven, off-the-shelf technology. Boeing did attempt to cobble together different systems into one system, but little worked as planned.

Then, when it tried to create a unique technology platform, Boeing had little success. The system couldn’t distinguish between a person and a bush swaying in the wind. It didn’t get close to establishing a common operating picture for the Border Patrol.

As it moves quickly toward a new high-tech plan, DHS hasn’t acknowledged that its “system of systems” had underlying systemic flaws – namely, the failure of DHS to focus on real security threats, the outsourcing of border security projects (including its oversight and management) to private contractors, and the failure of DHS to submit the hugely expensive project (projected $8 billion) to a cost-benefit assessment. Such an assessment would attempt to measure the margin of increased security resulting from new border security programs against their cost.

If DHS doesn’t change its ways (and it has said or done little to indicate any change in operations) then the newly initiated high-tech plan for border security will surely end like its predecessors – monuments to fallacies of high-tech solutions to challenges of managing our border with Mexico.