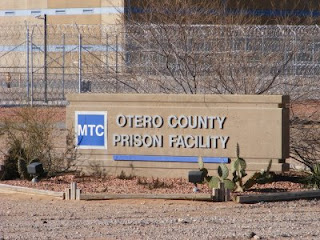 The new border security initiative announced by Homeland Security Secretary Janet Napolitano in March 2009 stresses DHS collaboration with local law enforcement through a variety of operations. Introducing the new initiative in testimony to the Senate’s homeland security committee, DHS Secretary Napolitano said that through the Operation Stonegarden DHS will “enhance state, local and tribal law enforcement operations and assets along the border.”
Operation Stonegarden is a federal assistance program ($60 million in 2009) for local law enforcement that is limited to borderland counties. The assistance is not general funding but for additional personnel and overtime pay for homeland security operations. A major problem, as in all DHS federal/local programs, is that funding is not accompanied with internal regulations specifying exactly what the homeland security funds can be used for.
As a result, Operation Stonegarden recipients can use DHS’ own broad mission – “protecting nation against dangerous good and people” – to justify their own extra expenses picking local drug users and illegal immigrants. Under Operation Stonegarden, dangerous people are defined as “criminal aliens” but criminal aliens include all illegal immigrants, according to the operational contract. Similarly, all illegal drugs are included in the search for “dangerous drugs.”
Since the program was initiated shortly after the DHS’s creation, the rationale for the program has evolved – from a “first-responder” to terrorism program to a border security program focused on drugs and illegal immigrants. Officially it is a program of DHS’s Federal Emergency Management Agency (FEMA) to provide grants “designated localities to enhance cooperation and coordination among local, state and federal law enforcement agencies in a joint mission to secure the United States borders along routes of ingress…”
The program elapsed in 2005 but was renewed in 2006 under DHS Secretary Michael Chertoff. Writing in HS Today, a securities industry magazine, Joshua Filler, CEO of Filler Security Strategies and original director of DHS’s local coordination officer, applauded the relaunching of the operation, pointing to the example of funding in Maine to explain its counterterrorism objective.
“While Maine itself isn’t likely to be the target of a terrorist attack or other catastrophic event, it could be used as an infiltration point or launching pad by terrorists to strike other parts of the US—in fact, that’s essentially what happened on 9/11. If Maine and small northern border states are to receive federal funds, which they should, this is one of the best uses of those funds since it will have the biggest antiterrorist impact with a limited budgetary impact,” wrote Filler. Operation Stonegarden is no longer couched in counterterrorism rhetoric. Basically, it functions as one of the many ICE and Border Patrol programs aimed at increasing cooperation with local police forces, with program recipients being limited to borderland law enforcement agencies. As such, complaints about Operation Stonegarden reflect the kind of criticism leveled against such ICE programs as Operation Community Shield, the 287(g) Program, and Secure Communities, namely that involving local police in immigration enforcement leads to racial profiling and increasing community distrust of law enforcement.
The sheriffs' departments that receive Operation Stonegarden funding don't so much focus on the "routes of ingress" into the United States as on the immigrants and illegal drug users in their own communities.
This was the case in Otero County, in southeastern New Mexico, where sheriff deputies used the Stonegarden grant to hunt for illegal immigrants in the Chaparral, a largely Latino settlement on the edge of El Paso. In September 2008 a federal judge issued an injunction barring the sheriff's department from enforcing immigration laws through the Operation Stonegarden.
The injunction specifically bars the department from "engaging in unlawful discriminatory activities and racial profiling for the purpose of identifying and apprehending undocumented and illegal immigrants pursuant to Operation Stonegarden." In addition, the order bars the department from "unlawful retaliation, coercion, harassment, threats and intimidation," and tells the department not to conduct "unlawful community-wide raids targeted low-income Latino residents in Otero County."
In addition to receiving Operation Stonegarden funding, Otero County is cashing in on the immigrant crackdown boom by way of two county-owned prisons that house ICE and U.S. Marshall Service detainees. Both are operated by Management & Training Corporation, a Utah-based private prison firm.
While the founding premise of Operation Stonegarden was that the borderlands – north and south – were the gateway regions for potential terrorists and therefore needed increased vigilance, the practice of involving local police has focused DHS resources on borderland residents at least as much as transients.
The program is also controversial in the northern borderlands, where local police have become increasingly involved in the Border Patrol’s crackdown on immigrants and illegal drugs. In Washington State, a county sheriff has declined Stonegarden funding, saying that immigration law enforcement is not a public safety priority. The sheriff in Jefferson County in Washington, near the northern border, declined to apply for a Stonegarden grant in 2009.
Sheriff Michael Brasfield complained that the language in the grant application that described undocumented immigrants as "criminal" was insensitive and felt the overall document was unacceptable. “Unfortunately, the inclusion of language describing illegal aliens as 'criminal aliens' that 'are drawn here by criminal activities', coupled with the requirement participating agencies (described as 'Friendly Forces') agree to detain illegal aliens and turn them over to the Border Patrol, makes the overall document unacceptable," Brasfield wrote in his Jan. 12 letter.
Echoing the common complaint that Border Patrol and local police in involved in joint operations are intruding into the lives of community members in the Bellingham, Washington area, activist Rosalinda Guillen told a local TV station, "It's almost like they're looking for something to do and we're the targets."
Posted by Tom Barry at 11:41 AM
Email ThisBlogThis!Share to TwitterShare to FacebookShare to Pinterest
Labels: Secure Border Initiative

A “SINGLE VOICE PROJECT” is the official name of the petition sponsored by: The National Public Service Council To Abolish Private Prisons (NPSCTAPP)
THIS PETITION SEEKS TO ABOLISH ALL PRIVATE PRISONS IN THE UNITED STATES, (or any place subject to its jurisdiction)

The National Public Service Council To Abolish Private Prisons (NPSCTAPP) is a grass roots organization driven by a single objective. We want the United States government to reclaim sole authority for state and federal prisons on US soil.

We want the United States Congress to immediately rescind all state and federal contracts that permit private prisons “for profit” to exist in the United States, or any place subject to its jurisdiction. We understand that the problems that currently plague our government, its criminal justice system and in particular, the state & federal bureau of prisons (and most correctional and rehabilitation facilities) are massive. However, it is our solemn belief that the solutions for prison reform will remain unattainable and virtually impossible as long as private prisons for profit are permitted to operate in America.

Prior to the past month, and the fiasco of Fannie Mae, Freddie Mac, AIG, Lehman Brothers, and now the “Big Three” American Automobile manufacturers, the NPSCTAPP has always felt compelled to highlight the “moral Bottom line” when it comes to corrections and privatization. Although, we remain confounded by the reality that our government has allowed our justice system to be operated by private interests. The NPSCTAPP philosophy has always been “justice” should not be for sale at any price. It is our belief that the inherent and most fundamental responsibility of the criminal justice system should not be shirked, or “jobbed-out.” This is not the same as privatizing the post office or some trash pick up service in the community. There has to be a loss of meaning and purpose when an inmate looks at a guard’s uniform and instead of seeing an emblem that reads State Department of Corrections or Federal Bureau of Prisons, he sees one that says: “Atlas Prison Corporation.”

Let’s assume that the real danger of privatization is not some innate inhumanity on the part of its practitioners but rather the added financial incentives that reward inhumanity. The same logic that motivates companies to operate prisons more efficiently also encourages them to cut corners at the expense of workers, prisoners and the public. Every penny they do not spend on food, medical care or training for guards is a dime they can pocket. What happens when the pennies pocketed are not enough for the shareholders? Who will bailout the private prison industry when they hold the government and the American people hostage with the threat of financial failure…“bankruptcy?” What was unimaginable a month ago merits serious consideration today. State and Federal prison programs originate from government design, and therefore, need to be maintained by the government. It’s time to restore the principles and the vacated promise of our judicial system.

John F. Kennedy said, “The time to repair the roof is while the sun is shinning”. Well the sun may not be shinning but, it’s not a bad time to begin repair on a dangerous roof that is certain to fall…. because, “Incarcerating people for profit is, in a word WRONG”

There is an urgent need for the good people of this country to emerge from the shadows of cynicism, indifference, apathy and those other dark places that we migrate to when we are overwhelmed by frustration and the loss of hope.

It is our hope that you will support the NPSCTAPP with a show of solidarity by signing our petition. We intend to assemble a collection of one million signatures, which will subsequently be attached to a proposition for consideration. This proposition will be presented to both, the Speaker Of The House Of Representatives (Nancy Pelosi) and the United States Congress.

Please Help Us. We Need Your Support. Help Us Spread The Word About This Monumental And Courageous Challenge To Create Positive Change. Place The Link To The Petition On Your Website! Pass It On!

The SINGLE VOICE PETITION and the effort to abolish private “for profit” prisons is the sole intent of NPSCTAPP. Our project does not contain any additional agendas. We have no solutions or suggestions regarding prison reform. However, we are unyielding in our belief that the answers to the many problems which currently plague this nation’s criminal justice system and its penal system in particular, cannot and will not be found within or assisted by the private “for profit” prison business. The private “for profit” prison business has a stranglehold on our criminal justice system. Its vice-like grip continues to choke the possibility of justice, fairness, and responsibility from both state and federal systems.

These new slave plantations are not the answer!