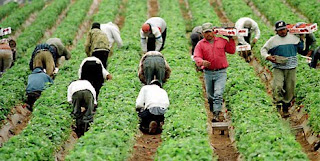 The Hispanic Alliance for Prosperity Institute (HAPI), sponsor of the Hispanic Alliance for Prosperity, is a self-identified conservative public policy and advocacy organization “focusing on issues of importance to the Hispanic Community.” HAPI gained national attention in September 2008 with the release of a statement criticizing Senator Barack Obama over his role in the immigration policy debate and complimenting Senator John McCain. The Sept. 16 release, titled “Setting the Record Straight on the Candidates’ Immigration Positions,” asserted that, “amid countercharges” about the candidates’ positions, HAPI would “recite the FACTS.” HAPI echoed earlier charges by the McCain campaign in a Spanish-language television ad (titled “Hicieron Fracasar La Reforma”) that Senator Barack Obama helped kill the comprehensive immigration reform bill in June 2007. According to HAPI, “Barack Obama, despite his promises of support, was absent from much of the debate on the compromise, then turned his back on the proposal, siding instead with organized labor on a series of ‘poison pill’ amendments that even his supporter, Sen. Edward Kennedy, opposed. Among the proposals Obama supported were amendments that would have cut the number of Guest Worker Visas in half, and would ultimately have killed the program after just five years.” HAPI concluded: “In the heat of the campaign, overheated rhetoric and campaign promises should never eclipse the truth – and when it comes to comprehensive immigration reform, the truth is that Sen. McCain has shown courage and leadership, while Sen. Obama, despite his promises, ultimately sided with those who oppose comprehensive reform.” HAPI got it right that Obama did support a failed motion to cut in half the Bush administration’s proposal for a 400,000 guestworker program, and he did support a successful amendment that would have ended the proposed guestworker program after five years. It is also true that Obama was not a major presence in the 2007 immigration debate. But he didn’t turn his back on the bill, as HAPI stated. Along with McCain, Obama voted to move forward with the compromise bill. Conservatives have for the past two years been trying to pin blame on candidate Obama for the failure of the comprehensive immigration reform bill despite the fact that, as they attest, he was not a major mover in the immigration policy debate in the Senate. The HAPI release (and the McCain ad) followed the lead of an erroneous report by Brit Hume of Fox News during the heat of the immigration debate in 2007.
As a report on the Media Matters website observed: “On the June 7 [2007] edition of Fox News' Special Report, host Brit Hume claimed that Sen. Barack Obama (D-IL) ‘managed to get’ an amendment to the comprehensive immigration reform bill ‘passed,’ and that it ‘may be the killer amendment that ... ends this bill.’ In fact, Obama's amendment, which would have required the bill's merit-based evaluation system for new visas to expire after five years, failed by a vote of 42-55 -- making it impossible for the measure to have ‘end[ed]’ the immigration bill.”
Obama did, however, support – along with 48 other senators – the amendment to sunset the controversial guestworker program after five years. While this amendment angered the business community that had been lobbying for an expanded temporary worker program, it did not kill the reform bill, as HAPI claimed. Despite increased enforcement provisions and onerous requirements for legalization, the Republicans – with the exception of John McCain – voted against the final bill largely because of mounting pressure from restrictionist groups and their constituencies
Posted by Tom Barry at 3:25 PM
Email ThisBlogThis!Share to TwitterShare to FacebookShare to Pinterest
Labels: Immigration, Obama

Based on HAPI's agenda, I am assuming they are NOT of Anglo-Saxxon decent? Oh, they may pretend to be or maybe have even assimilated themselves into a Republican Driven Philosophy that ONLY values the color white, but I assure you all, they are going to get a serious wake-up call, some day they will (all things come around - it's called karma, baby). Likely, they never served in the military either, so to them: PLEASE don't you EVER speak about War, when you don't know what it is like to have to leave your children and familiy (which I have). Bush & McCain are WAR MONGERS & twisted/greedy opportunists! Someday they might even have to get off their not so high stools and go fight for their OWN freedom & not have REAL PATRIOTIC minorities like me available or willing to do it for them. They are Traitors & hypocrites to Hispanics.