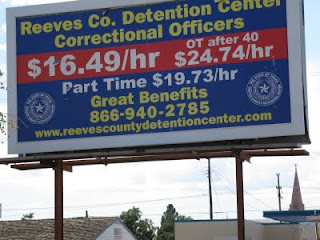 Hello! I really admire your work, but just wanted to point out that ICE did not open a NEW family detention center. Berks has been open since March of 2001.

Your broader point is correct, especially about family detention. Families won't be held at Hutto, but the administration has refused to cede its "discretion" to detain families. This is, as you point out, a procedural change, not a systemic one.