The Prison State of Texas 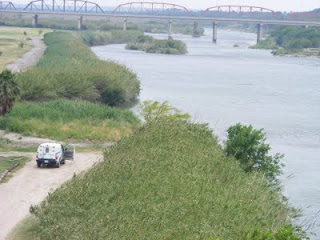 Texas is a national leader, having the nation’s highest percentage of residents who are uninsured, the highest percentage without a high school diploma, and the highest number of state-authorized executions.
It also leads the nation in the number of privately operated prisons and the number of prisons dedicated to immigrant detention. For decades it has been brandishing its “lock-‘em up” reputation, enthusiastically joining in the nationally declared wars on crime and drugs that were launched in the 1970s by the Nixon administration.
From 1978 to 2004, the inmate population rose 573 percent, while the state’s population increased only 67 percent. The cost of imprisonment as strategy to address crime and drug use has recently forced the state government to reconsider continuing to grow its penal system. In 2007 the state projected that if its prison population continued to grow at the same rate, the state would need 17,000 more prison beds at the cost of nearly $1 billion.
However, as a recent Washington Post article reported, the state government has wised up with new policies that promote alternatives to sentencing that encourage probation, parole, and treatment instead of prison. According to the Pew Center on the States, it costs an average of $79 a day to keep an inmate in prison but about $3.50 a day to monitor the same person on probation or parole.
Adam Gelb, director of the Pew Center’s Public Safety Performance Project, told the Post that more than half the states are trying to reduce the growth in their prison populations through alternative sentencing. "The economy is bringing a lot of states to the table," Gelb said, "and the research has pointed to a path for them to more public safety at less cost."
As a result, the prison population in Texas started dropping for the first time in 2007, gratifying state lawmakers concerned about rising correctional expenses in a state notoriously reluctant to raise taxes.
Prisons for Profit
But state prisons are just one part of Texas’ penal geography. The state has also seen an explosion of county prisons built to attract prison populations from other jurisdictions, largely other states and an array of federal agencies.
A 2004 study by the Urban Institute, "The New Landscape of Imprisonment: Mapping America's Prison Expansion,” found that Texas led all states in prison construction between 1979 and 2000. Texas opened 137 new prisons – a 706-percent increase.
"Texas is in a league of its own," explained the study’s coauthor Jeremy Travis. "Texas added the most prisons, saw the largest percentage increase in its network of prisons, entered the new century with the largest number of prisons, had the biggest growth in counties that are home to at least one prison, and had the most counties increasing their prison count by three or more facilities."
Instead of costing local taxpayers money, a still-expanding network of prisons and detention centers in Texas is earning new revenues for more than two dozen county and city governments. In conjunction with private prison firms, local governments in Texas have since the mid-1980s led the way in establishing prisons for profit.
It is still taxpayer money that paying the per diems of the inmates, but the costs of the new prisons doesn’t draw down local or state revenues. Rather the billion dollar business draws per-diem payments from other states attracted by the relatively low cost of imprisonment in Texas but mainly from the federal government.
Immigration and Customs Enforcement (ICE), the U.S. Marshals Service (USMS), and the Federal Bureau of Prisons (BOP) have all found Texas the most attractive state in the nation to place federal inmates. Most of the business that these three agencies do in the state involves immigrant prisoners and detainees.
Photo/Tom Barry: Border Patrol in Del Rio, Texas, waiting for immigrants to arrest and imprison under Operation Streamline
Next: Speculative Prisons in Texas
Posted by Tom Barry at 3:02 PM
Email ThisBlogThis!Share to TwitterShare to FacebookShare to Pinterest
Labels: Prison State of Texas

INCARCERATING PEOPLE "FOR PROFIT" IS IN A WORD....WRONG!
Even if one does not ask or pretends not to see the rope and the flashing red flag draped around the philosophical question standing solemnly at attention in the middle of the room, it remains apparent that the mere presence of a private “for profit” driven prison business in our country undermines the U.S Constitution and subsequently the credibility of the American criminal justice system. In fact, until all private prisons in America have been abolished and outlawed, “the promise” of fairness and justice at every level of this country’s judicial system will remain unattainable. We must restore the principles and the vacant promise of our judicial system. Our government cannot continue to "job-out" its obligation and neglect its duty to the individuals confined in the correctional and rehabilitation facilities throughout this nation, nor can it ignore the will of the people that it was designed to serve and protect. There is urgent need for the good people of this country to emerge from the shadows of indifference, apathy, cynicism, fear, and those other dark places that we migrate to when we are overwhelmed by frustration and the loss of hope.
My hope is that you will support the National Public Service Council to Abolish Private Prisons (NPSCTAPP) with a show of solidarity by signing "The Single Voice Petition"
http://www.petitiononline.com/gufree2/petition.html