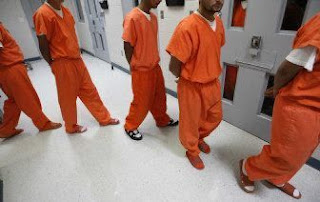 (Conclusion of BorderLines series on Secure Communities.) Local jails could become a primary gateway for ICE’s detention and removal program if Secure Communities is extended nationwide in four years as is ICE’s intention. As national, state, and local policies make it more difficult for immigrants to obtain driver’s licenses, obtain housing, seek social services, etc, illegal immigrants will increasingly be obligated to operate in the shadows of the law – using false documents, driving without a license, giving false information, etc. If arrested and booked, immigration authorities will be alerted, and they will be transferred from the criminal justice system to the now closely associated immigration system. The number of legal immigrants who fall into this dual identity as criminals and aliens will also inevitably increase from the current estimates as the result of new infractions, minor or major. The rapid expansion of ICE’s Secure Communities program highlights three fundamental and worrisome trends in immigration policy: 1. Reckless merger of criminal and immigration law enforcement. 2. Rapid expansion of federal/local partnerships in immigration enforcement with little concern for negative impacts. 3. Evolving and opportunistic ideological frameworks and mission goals used by DHS to justify and shape its immigration enforcement practices and programs. Congress and the executive branch have long been negligent in not formulating a holistic immigration policy that makes sense to citizens and treats immigrants living and working in the country fairly. The launching of the Secure Communities program highlights this lengthening absence of a sensible and fair immigration reform. This sin of omission is accompanied by a lengthening series of sins of commission. In its drive to enforce existing immigration laws, the federal government has deepened and compounded the immigration crisis by enlisting the criminal justice system and local law enforcement. With little oversight or debate, DHS has provided ideological and political cover for its new enforcement practices by extending its own sense of mission. Secure Communities embodies all these problems.
Posted by Tom Barry at 10:21 AM
Email ThisBlogThis!Share to TwitterShare to FacebookShare to Pinterest
Labels: Secure Communities

This article is well written but totally off the mark. Your contention that there is some federal conspiracy to target Latinos living and working in the US, is faulted. The focus is to target illegal Latinos that are ILLEGALLY living and illegally working and illegally driving and dealing drugs and committing Domestic Abuse violations.. need I go on
Also one other point..Secure Communities only issues administrative detainer not criminal warrants, the jails are used only to house the offenders until they can be identified and either issued an appearance ticket or removal proceeding can take place.